During the last week of January I had the thought that I should write something about love every day in February. We need a lot of love right now. Love for our family, our friends, ourselves, even for complete strangers. And with Valentines Day sitting smack dab in the middle of the month, it seemed the perfect time to express feelings of love each day.

Somehow, though, I became distracted and forgot about the love theme. Is it okay to begin a month-long theme on the fourth day of the month? Of course it is. The only rule for blogging is: There are no rules.

So, to kick off my month of love, here’s a photo of two people I love:

That’s our beautiful daughter, Ashley, holding her nephew, our youngest grandson, Jackson, on her wedding day. Jackson is now a handsome teenager. This photo makes my heart happy. I love them both so much.

All the rest have thirty-one.

But leap year coming one in four

February then has one day more.

2018 is not a leap year, thus today, February 28, is the last day of the February minimalist challenge. It has been a good month to get rid of stuff, beginning on day one with this green bath rug, which developed its own story https://nananoyz5forme.com/2018/02/08/be-careful-what-you-ask-for/. 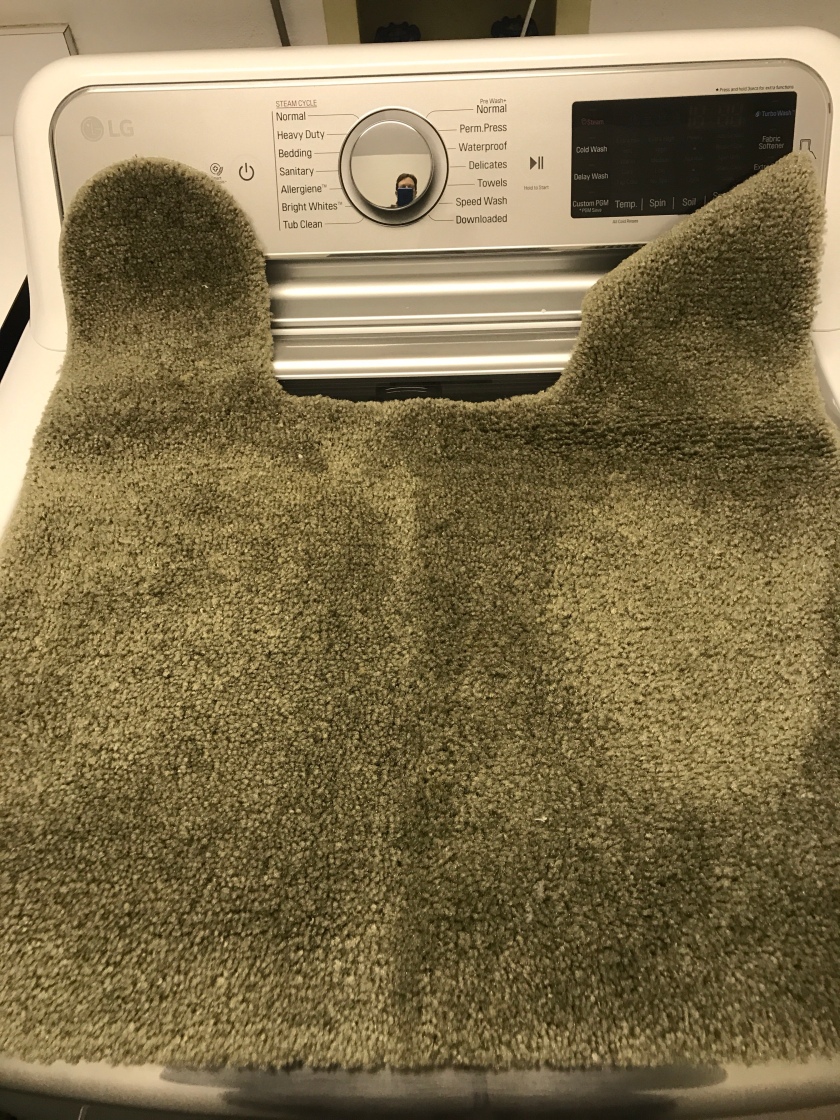 Along the way I’ve surrendered books,

I’ve also bid adieu to spices, shoes, sample products, and a boatload of other stuff that I won’t bore you with. 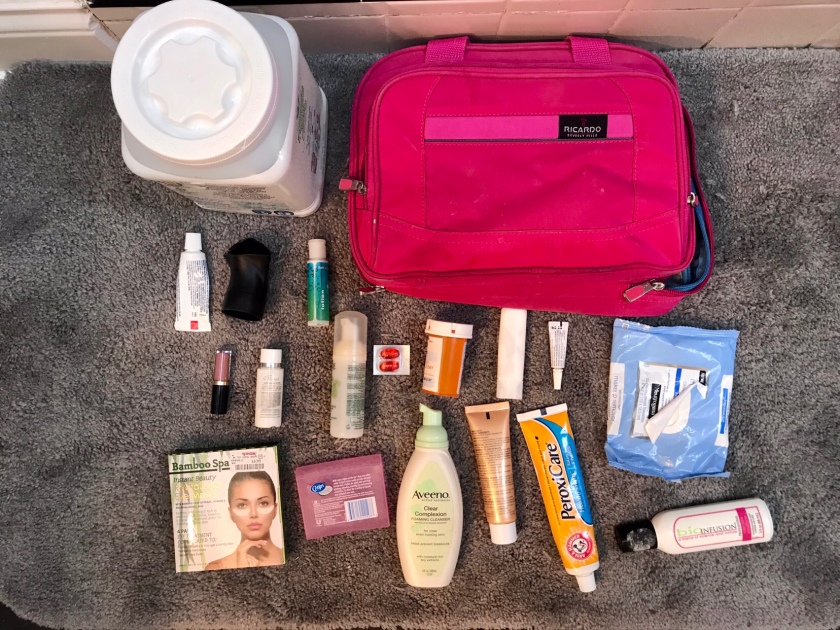 On this 28th day of February there was only one object I deemed perfect to celebrate the finale. Wine corks. Twenty-eight wine corks.

My cropping is lousy, but trust me, there is one cork for every day of a non-leap year February. I worked hard for those corks.

Thanks to everyone who followed my progress this month. Blogging about the challenge made it fun and gave me something to look forward to every day. I’ll continue in March, sparing you all the details, but if there’s one thing I’ve learned it’s that I have junk to spare.

Now, I think I’ll pop the cork on a new bottle of wine and celebrate the end of February properly.

Today I have to rid myself of two items in keeping with the rules of the minimalist challenge group I’ve joined on Facebook. Yesterday I had planned to take a green bath rug that didn’t match anything I owned and hadn’t been used in years to a charity run thrift shop, but someone in the group said she needed the rug, so I’m sending it to her.

For today I’m cleansing my home of this container of unsharpened colored pencils and a random piece of purple gingham fabric. I bought the pencils a couple of years ago unaware that they weren’t pre-sharpened. I don’t own a sharpener and don’t plan on buying one. Okay, that makes me an idiot, I know. As for the fabric, I have absolutely no idea why it was in my arts and crafts supply box. Aliens? The GOP? Who knows?

Technically I suppose I could count the pencils individually and use them later in the challenge, say, on the 48th day of February (!) or so. But they were sold as a set and thus count as one item.

I joined a minimalist challenge group on Facebook. Our goal is to declutter our lives by getting rid of a specific number of items every day in February. On day one, we have to get rid of one item, on day two, two items, and so on. By the end of February each participant will have discarded a total of 424 items. I think. I might’ve forgotten to carry a two in one or more of my calculations. I know there’s a formula that might’ve made the process simpler, but my algebra days are far behind me.

Participants can send items to the trash bin, donate them, or give them to friends as gifts. Additionally, no items that are merely “wants” can be purchased during the month unless an additional four items per want are discarded. There are other rules, but these are the main ones.

Frankly, I’m not sure I have what it takes to complete this challenge. I can see that the first 10 to 15 days will be fairly easy. Just sitting in my recliner next to an end table stacked with papers, magazines, and coupons I can see at least two dozen items that need new homes. I guess if I get stumped for items to dispose of I can send Studly off to live with the gypsies.

Wish me luck. You may all be sick of this before the month is over. I’ll try not to be too obnoxious. Who am I kidding? Obnoxious is my middle name.

Item #1: a green bath rug is headed to a nearby charity-run thrift store.

I tried in vain to find

Alas, it does not

Once the Big Game is over today I plan to begin celebrating the Love Month in my life and in my blog. Now that doesn’t mean my writing will get all mushy and icky; although, it could have elements of both mush and ick. Instead, I plan on taking a look at love in its many forms.

If any of my readers would like to contribute I’d enjoy reading and sharing your thoughts on love, loving, and being loved giving you full credit, of course. I hope you’ll share! Be sure to give a link to your blog if you have one so folks can pay you a visit.

Now, how about a LOVE fest to kick this off?

Why not one more?

Oh, who am I kidding?