Better than an Academy Award. Read more at redswrap.wordpress.com.

Man of the Year, Most Influential Woman, the 10 Best Dressed, the 100 Richest People – there’s no shortage of reference guides for who to admire. There are a lot of accomplished people out there. Our little town is full of them. We go to big dinners and the admirable people get Trailblazer Awards or Volunteer of the Year Awards; we listen to speeches, applaud and go home. It’s all good. But I’m not really impressed by all that. It leaves me flat, doesn’t speak to my life.

Here are the people I admire:

* People who understand the phrase ‘there but for fortune go you or I.”

* People who say they were wrong and they say it in front of a lot of people. 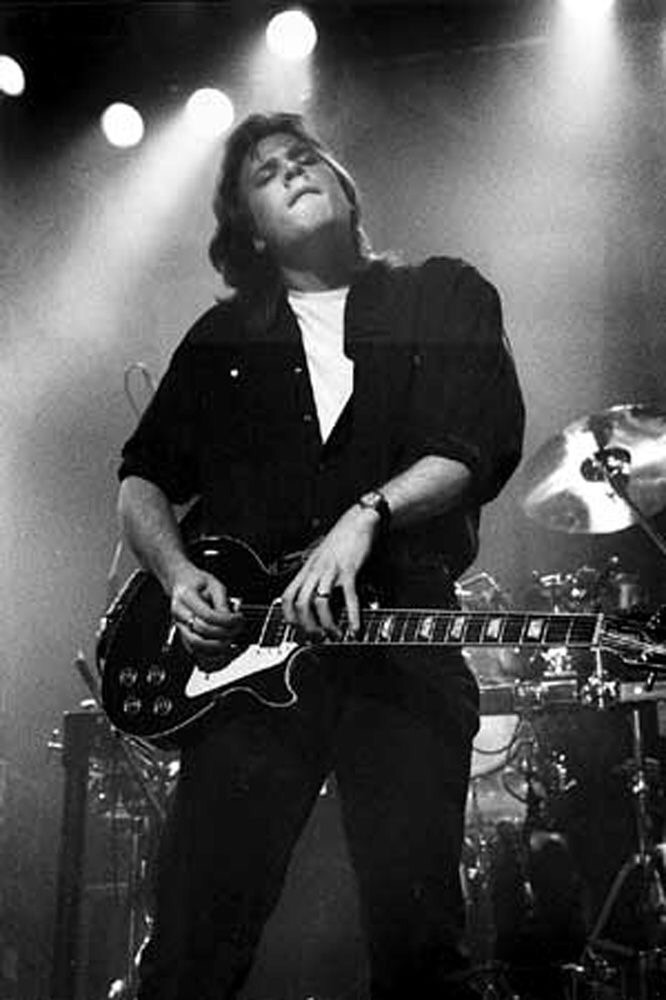 he plays a little club on tuesday nights, a seedy little place off main

the voice, still strong after all this time; yet he never did sell his name.

his songs, sad and sweet, sift through my soul transcending time and tomb

my lonely heart answers the way it knows best; i feel i must call home.

invoking the loss of my family, of my false securities

his songs call out my every conceit and bring me to my knees.

home will you take me back? i’m so damned tired of this road

i thought, oh i thought i could make it, until i heard his songs. 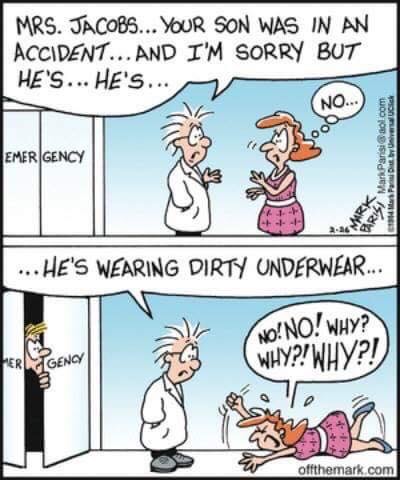 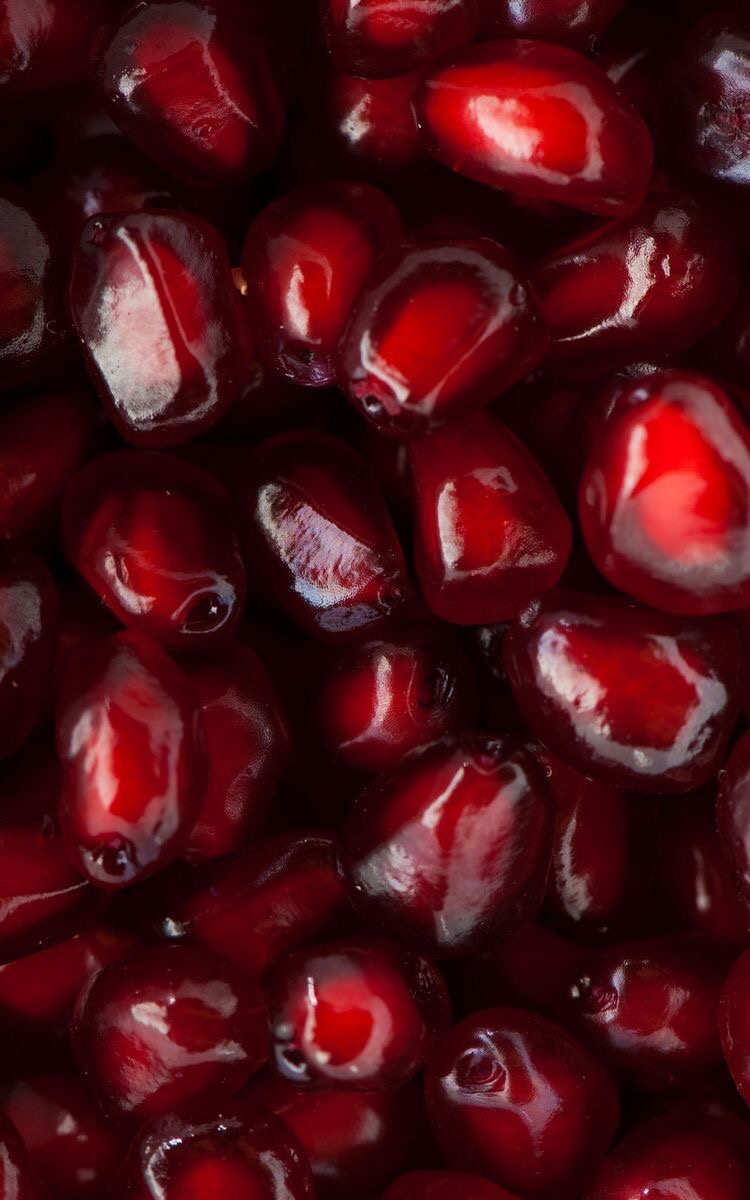 Facebook is a source of much of my blog inspiration. Between cute kitten videos and wine humor, political satire and jokes about aging (un)gracefully the social media site is a veritable treasure trove of ideas. 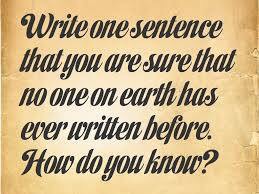 Here is one of the sentences I culled from the multitude running through my head:

Gabriella Montagne plucked a pomegranate from a basket on the kitchen counter and hurled it at her loathsome brother Claude, hitting him squarely in his one good eye.

Justification for this being a unique sentence: uncommon names, uncommon fruit, one good eye.

The possibilities are endless. Come, give it a try. Who knows where that sentence might lead?
Peace and happy writing, people! 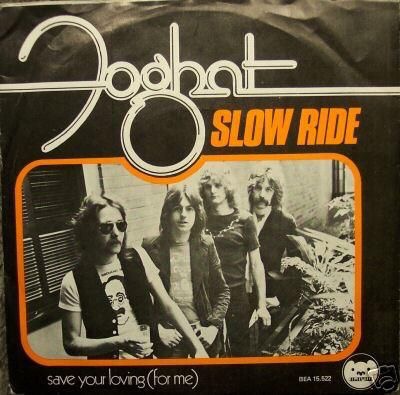 There are songs from my youth that take me right back to a certain time and place. Foghat’s Slow Ride returns me to a concert at the Amarillo Civic Center in 1976, and perhaps the wildest night of my life.

My roommate, C, and I had won tickets to see Foghat on a call-in radio contest. I’m going to confess that I wasn’t really into Foghat. I was more of an Eagles fan–mellow country rock. But C was a huge Foghat fan, and rather than let her go alone I gamely put on a t-shirt paired with a pair of faded and flared hip huggers and let her lead me into that den of iniquity.

C and I carried in bottles of Boone’s Farm Wine underneath our jackets–her idea, and by the time the opening act came onstage we were already pretty tipsy. The Marshall Tucker Band opened for Foghat that night. I’ve often thought that was an odd combination, but it worked.

When Foghat took the stage an electricity like nothing I’d ever experienced lit the air. My good girl self got lost in a barrage of pounding drums and heavy metal guitar. Joints were passed. I might’ve inhaled. We passed our wine around. The whole night swam in front of my eyes like a fuzzy psychedelic movie. All the time my good girl self kept saying, “Just for tonight, kiddo. Just for tonight.”

Some random male in the crowd kept touching me inappropriately. Even in my out of body frame of mind I knew I needed to find a safer spot to stand. I elbowed C and motioned to a spot where we could have our backs to the wall. We began systematically making our way to the safe spot, but somewhere on our route we were separated.

I didn’t panic at first. We’d driven my car to the venue, so I knew I could get home. But there was no way I’d leave my roomie. As the band played their encores I began hunting actively for her. No luck. I stood around as the concert hall emptied. Still no C.

Nowadays we could just text or call, but back in the olden days that wasn’t an option. I feared the worst. Maybe the guy who’d been targeting my delicate femininity had grabbed my friend.

Finally I went to my old Ford Galaxy and stood there, hoping she’d meet me back at our starting point. I saw an old boyfriend. He suggested I go home and wait for C to call. And that’s what I did.

Sure enough, around 5 a.m. the phone rang. C had gone partying with a group she’d met and needed a ride home. I was relieved. And pissed. Did she have any idea how worried I’d been?

On the ride back to our rental I chewed her out a bit. She just grinned. She might’ve said, “Sorry MOM!”

I never had another night like that. Fun and crazy and a little scary. My good girl self knew she’d had quite enough. But oh, it was fun to be out of control for awhile.

Being out of control–that’s what I remember when I hear Slow Ride. 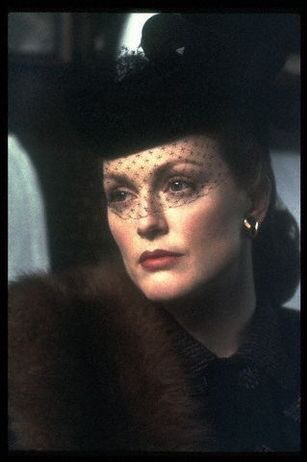 when was the last time, and did we know then that it would be?

no, for if i had understood i’d have held on forever, the end would never come;

i’d will it away.

there were tears that neither of us understood at the time.

i laughed them off. “this was too beautiful,” or something equally inane.

maybe if i hadn’t laughed, if the tears had continued, the denoument
would have only 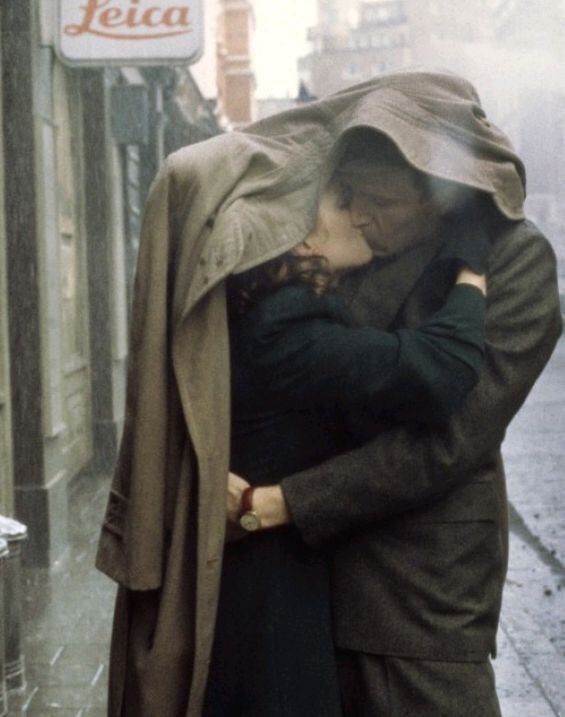 This was inspired by these stills from the film The End of the Affair.

After a week watching over our Illinois grandchildren I’m back on the road. The three children, ages 13, 11, and three, were fun to look after while their parents enjoyed a much-needed second honeymoon.


But Studly Doright and I live an intensely laid back life–no rush or bustle, and going from that to getting three active kids ready for school in the mornings and into their respective beds at an appropriate time each night was a shock to my delicate system. I’m exhausted.

I’m headed now to Hereford, Texas, where my lovely mother-in-law, Saint Helen, resides. This evening I’m staying in Emporia, Kansas, having fallen short of the halfway point between Rapids City, Illinois, and Hereford. I had to stop and take a nap at a rest stop this afternoon and that put me behind schedule. I HATE being behind schedule!

Plus, I’ve come down with a head cold, so I’m sitting on my hotel bed, watching American Idol and struggling to breathe. In a few minutes I’m going to take a large dose of Tylenol extra strength liquid nighttime cold medicine and hope that my friend, Insomnia, doesn’t purloin my sleep. 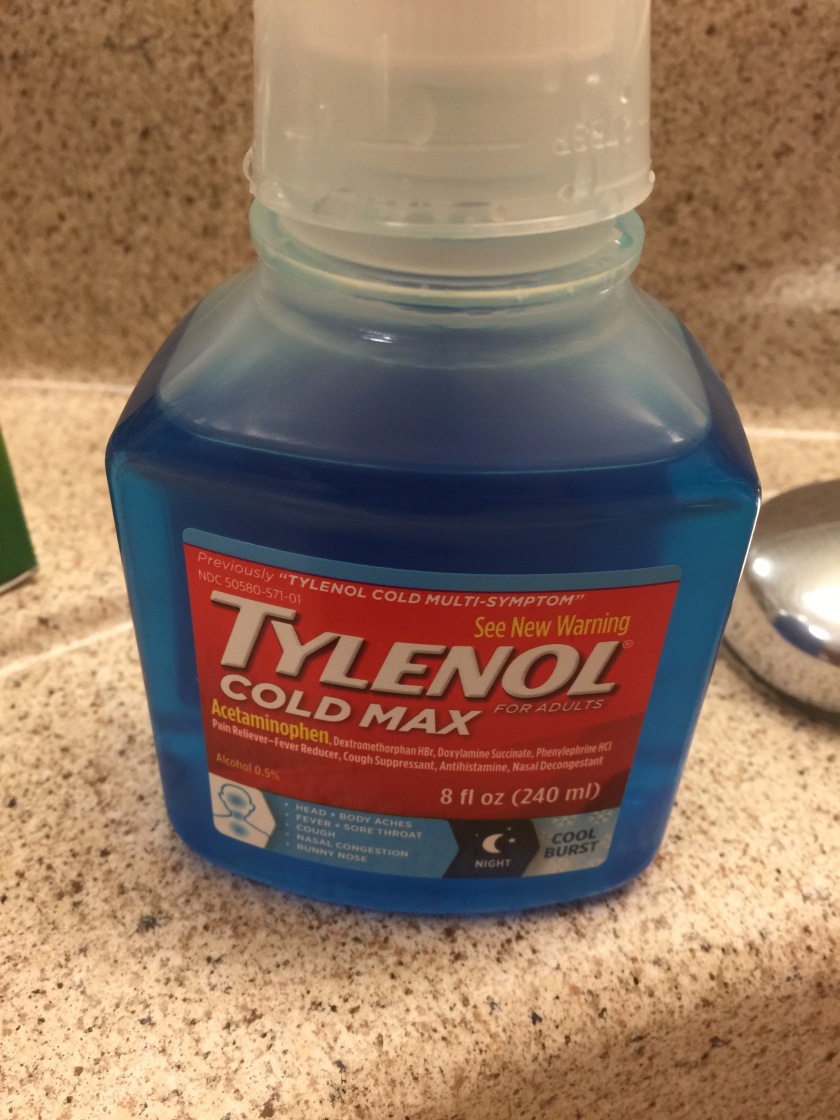 Hopefully tomorrow will be a better travel day. In the meantime, here’s a little Allman Brothers’ tune to inspire us all.

I concur. Read more at mitchteemley.com. 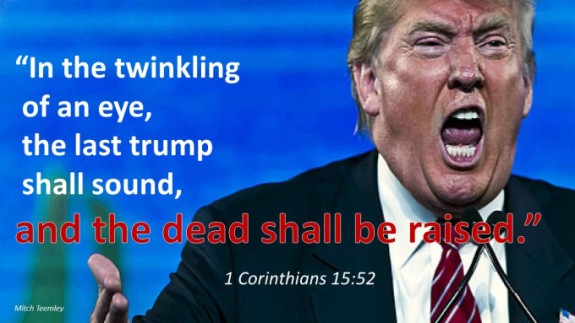 “Where there is shouting, there is no true knowledge.”  ~Leonardo da Vinci

“Fame is a vapor, popularity an accident, and riches take wings. Only one thing endures and that is character.”  ~Horace Greeley 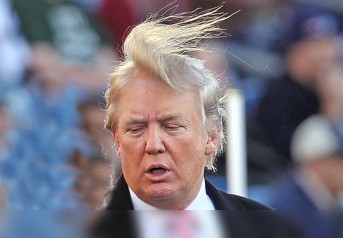 Recently we had a guest from the Hoosier State spend a few days with us. On one day of his stay, Studly Doright and I took our friend Jerry to Cascades Park in Tallahassee. As the former State Director of Parks in Indiana, Jerry is keen on such outdoorsy venues.

I’ve written about Cascades Park before. It’s a beautiful multi-use site that serves as part of Tallahassee’s drainage system–the park is intended to flood.

Within the park are a restaurant and bar, an amphitheater, as well as walking/biking trails, various monuments and works of art, a splash pad, and a natural playground area.

Jerry snapped this photo of me standing next to one of the climbing rocks in the playground. I was not prepared to see the shadow I cast. 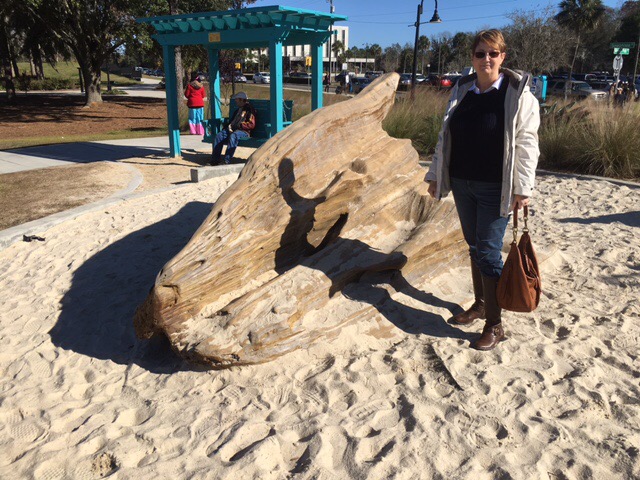 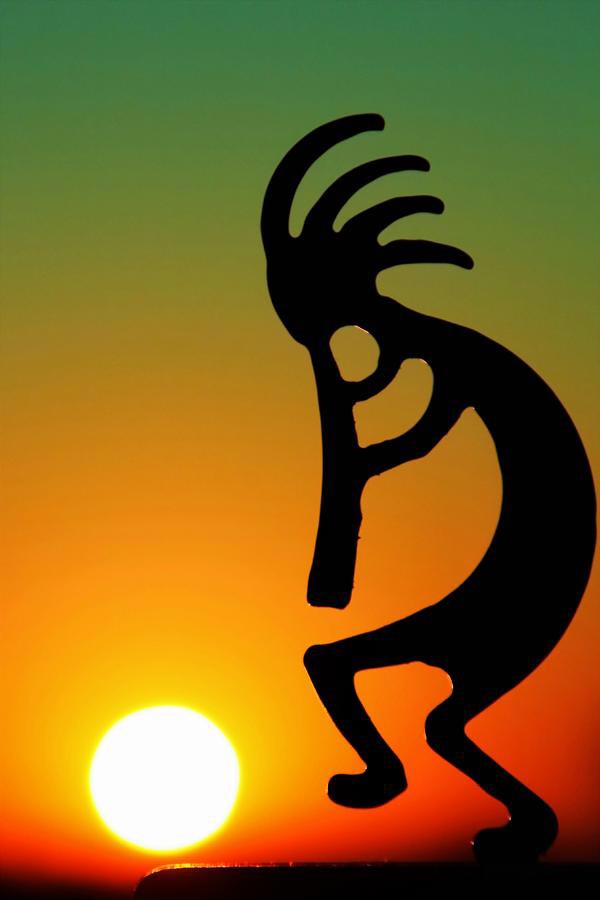 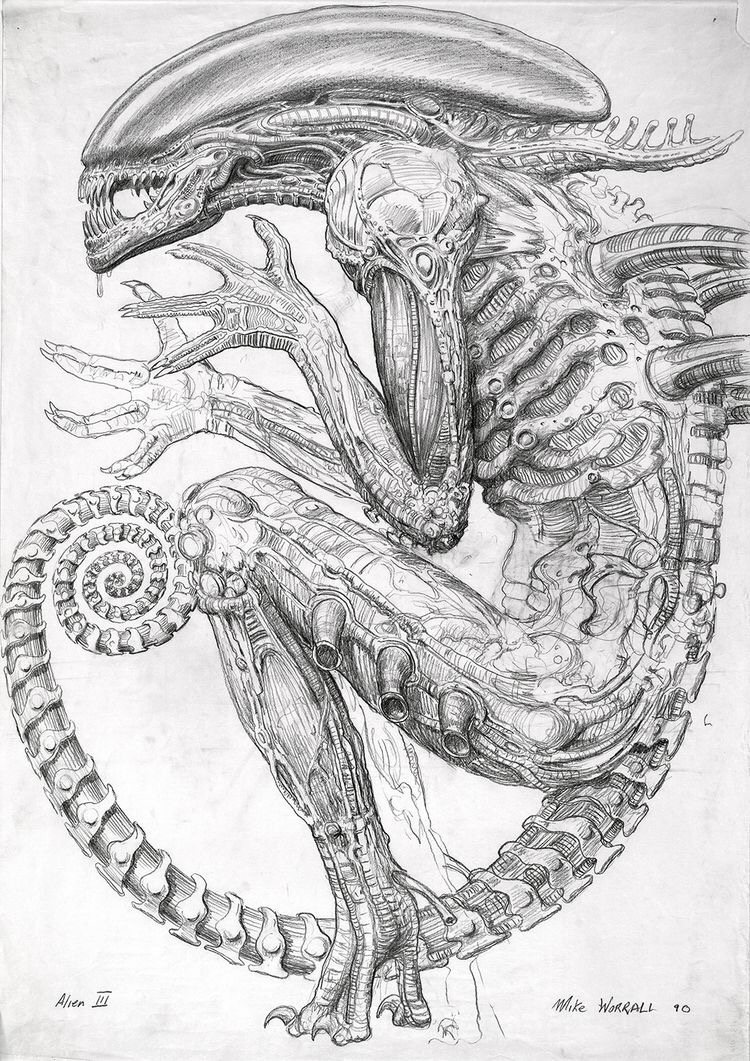 Only the shadow knows. Bwahaha!

*From Wikipedia: Kokopelli is a fertility deity, usually depicted as a humpbacked flute player (often with feathers or antenna-like protrusions on his head), who has been venerated by some Native American cultures in the Southwestern United States. Like most fertility deities, Kokopelli presides over both childbirth and agriculture. He is also a trickster god and represents the spirit of music.

Eating alone
at a booth meant for four
I watch in envy the
gaggle of women gathering
noisily for lunch.

They are older than I am,
sixties and seventies,
but I would join them
in a heartbeat if they but
said the word.

Do they realize how lucky
they are to have
whatever it is that bonds
them?
I hope so. 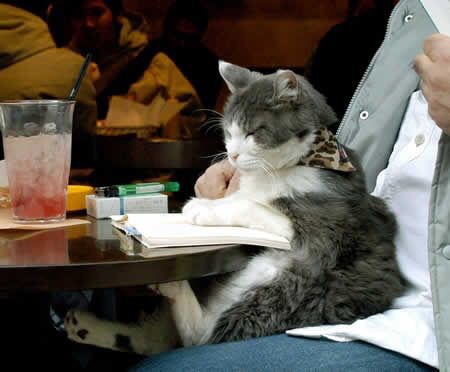