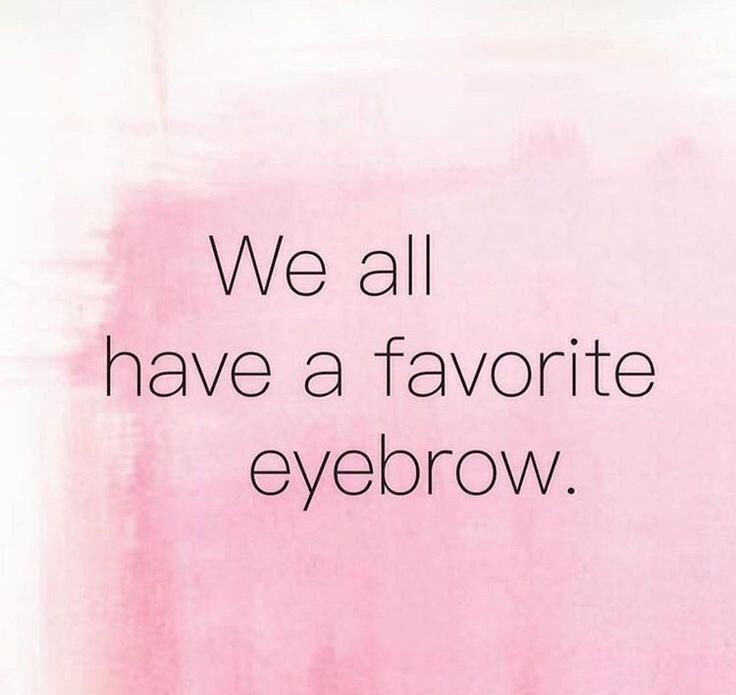 Found this on Facebook. It seemed appropriate for me to post considering the title of my blog.

I almost hit the publish button after attaching the meme above, but before doing so I thought, “Are there other memes about eyebrows anywhere on the internet?”

Just for the record, my right eyebrow is the best behaved of the two. It’s fuller and shapelier and gets asked out on way more dates.

Do you think men have a favorite eyebrow? Unless they’re drag queens, no. And even then, no, because they’re fabulous at creating glorious eyebrows. 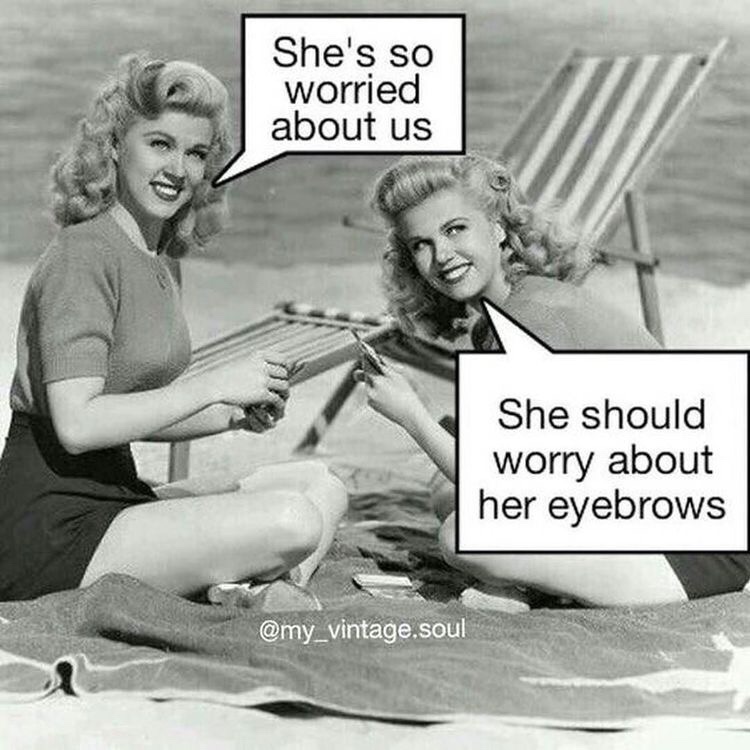 Contrary to public opinion, I’m really not obsessed with eyebrows. I have far more important beauty issues to consider, such as my definite lack of meaningful cheekbones. But “Praying for Cheekbones” didn’t come to me in a mystical experience like “Praying for Eyebrowz did.”

And I don’t paint in my eyebrows. I do give them a little pep talk every morning, urging them to work together for the greater good and to watch their respective postures. Right eyebrow is much more receptive to my entreaties.

I could’ve posted a hundred eyebrow memes and still not have emptied the meme mine. But I think my point has been made.

(By the way, that’s not me pictured above. Thanks to Pinterest for the creative eyebrow picture.)

Yesterday I got my hair cut really short. It’s so short that even my meager styling skills are sufficient to keep my hair looking okay.

I’m good with just okay. If I had any thoughts of entering a beauty pageant in the future I’d need to have higher personal beauty standards, but that boat sailed, and sank, many years ago.

Studly Doright dated a beauty pageant winner before he started dating me. She dumped him, and for a long time I agonized about being just okay knowing his previous girlfriend was a beauty. I wore my inferiority complex like a consolation prize badge.

Studly and I even double dated with the beauty queen and her boyfriend, further complicating and elevating my complex. I was a mess.

I used to fantasize about being a great beauty, or failing that, that my sparkling personality might at least earn me a Miss Congeniality nod in a pageant. Sadly, my personality is just okay, as well.

Maybe I could’ve won the Miss Magic Marker pageant. My fine motor skills are decent, and I’d be fine with someone printing large M’s on my tatas. Alas, I was born too late.

Now, if there was a Miss Procrastination pageant, I’d be all over that. 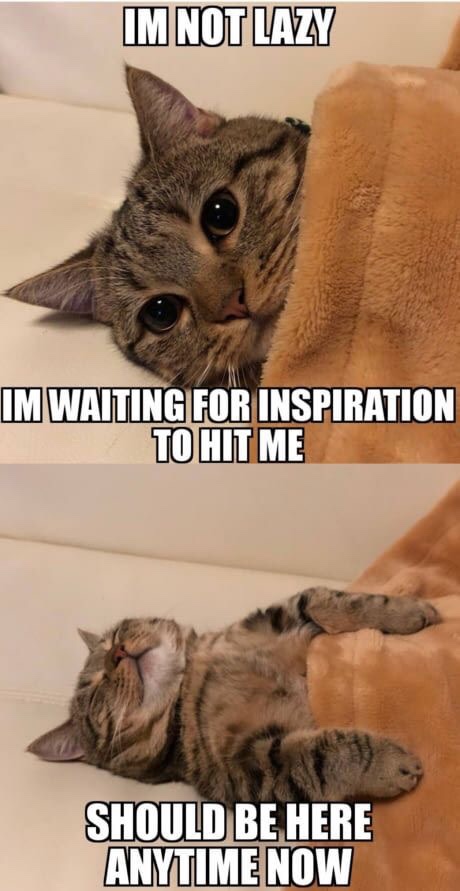 I’ve excelled at procrastinating long enough to write this blog post. Time to go back to being just okay. 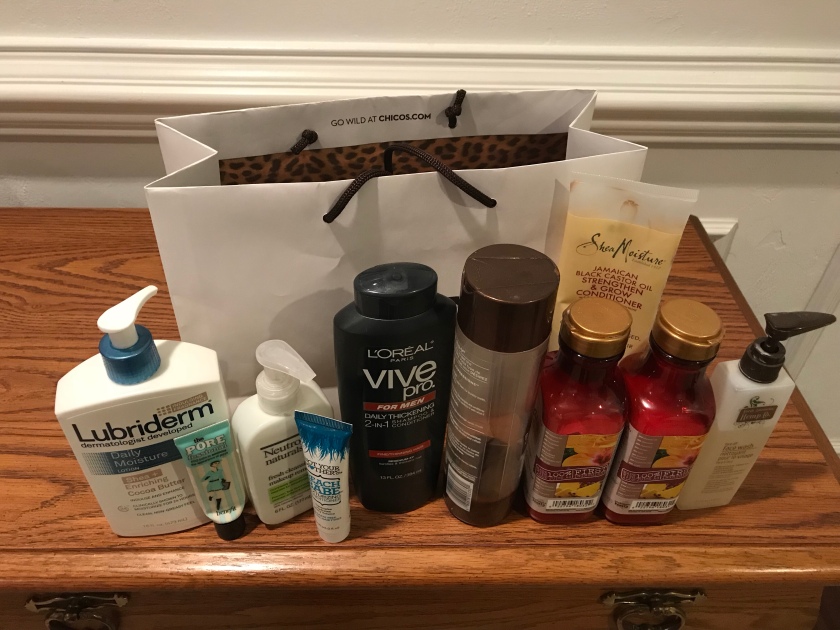 Underneath my bathroom sink, tucked inside the cabinet lurked these empty and almost empty containers. A couple of the products still are roughly half full, but I found they didn’t agree with my somewhat sensitive skin. And still I kept them around.

Did I think my skin would miraculously change one morning and I’d cry, “Free at last” whilst drenching myself in the luxury of their scents. After 61 years of dealing with sensitive skin issues I should’ve known better.

Those ten items are going into the shopping bag behind them and then the whole shebang is going into the trash, thus fulfilling the requirements for day 11.

Do not mar a summer sky

They define the blue

Gift me with crinkles 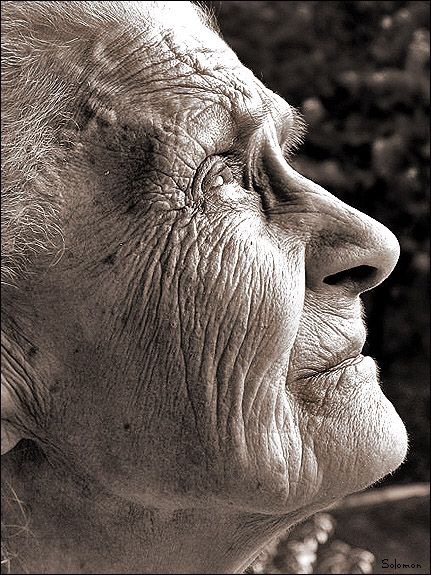 This lovely and gracious woman and I enjoyed lunch together in Monticello, FL, yesterday. I call this, “Grace in Green.” My photo doesn’t come close to conveying her beauty. 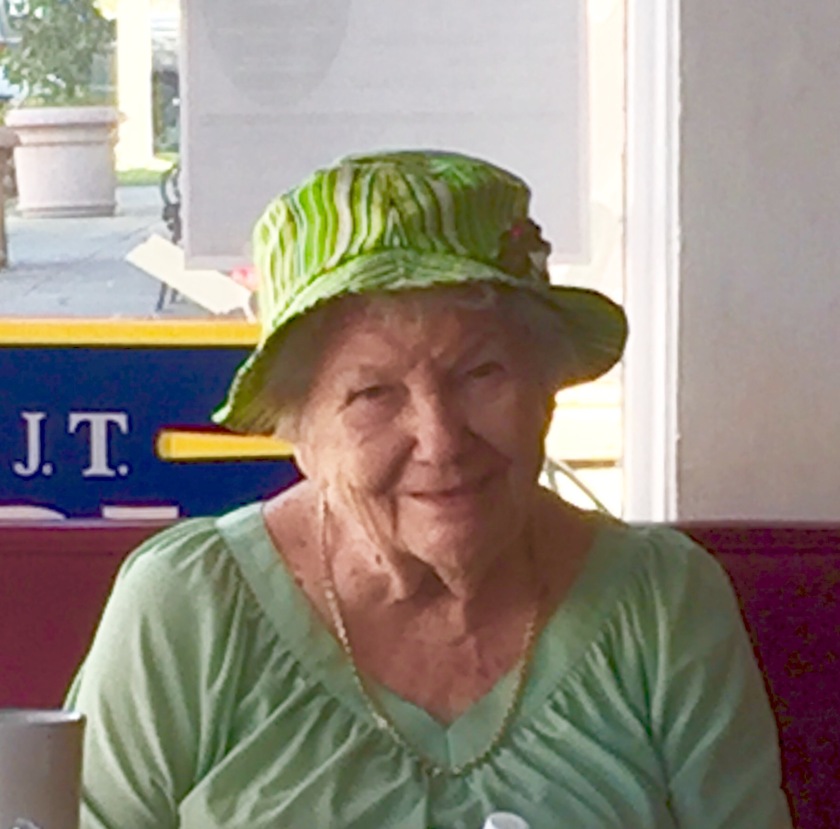 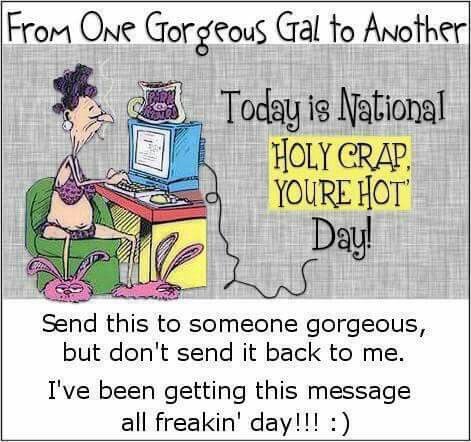 If it weren’t for mirrors I could remain oblivious.

I’m just going to let this sit here for a bit:

I spent the first night of a two-night stay with my brother and his wife in Houston. It’s not my first trip to the country’s fourth largest city, but it is the first time I’ve been armed with GPS and felt brave enough to wander about on my own.

So what did I do with my morning? Well, first I spent some quality time having a mani-pedi at Footopia.

These are my happy little piggies.

Then, I thought to myself, “Friend, you’re in Texas, the home of big hair. Go and have it styled for the rodeo. So I did just that at a salon that specializes in blow outs, The Blow Out Bar.

Apparently my hair is too short to become really big, but I liked the results.

After that I had a bit of time to kill, but little money, so I just rambled about looking for something interesting. My reward was a place called Wabash Feed.

Not only did Wabash Feed have food for animals of all persuasions, but they had plants and fertilizer, pottery and funky  objets d’art. Best of all, they had live animals: Bunnies and chickens and pigeons and a one-eyed turtle. 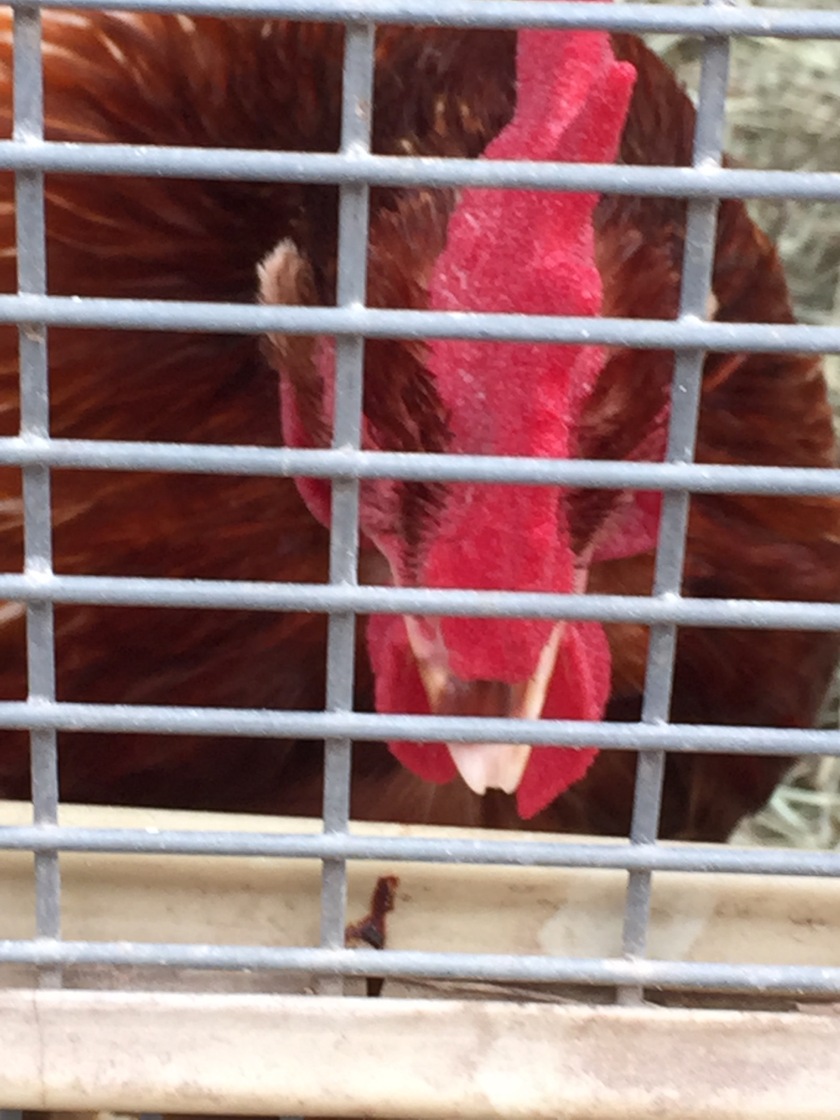 I wandered around Wabash Feed for an hour or so, and wondered if Studly Doright needed a pet chicken to assist him in his shop. In the end I decided a chicken might not be able to handle a wrench or a screwdriver rendering them lousy shop assistants.

Finally it was time for a snack. And where better than a place called Luke’s Icehouse?

I had an ice cold Shiner Bock and a chicken quesadilla with terrific salsa before returning to Kelly and Susan’s home.

Now I have a couple of hours to relax before we head to the rodeo grounds where  I was told that one can enjoy a fried Oreo, among other things. I’d better go ponder that. 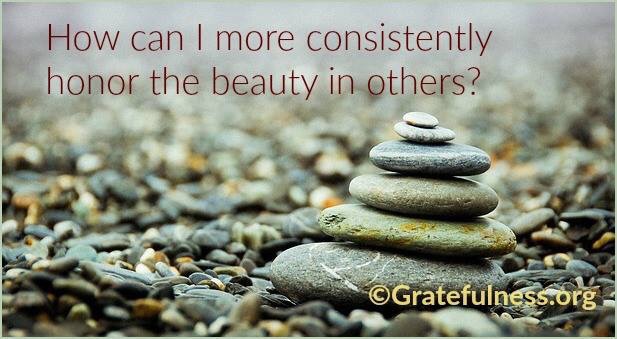 I take myself apart
piece by piece:
a nose too long,
a chin too weak,
moods too intense,
and patience too thin.

There are no redeeming
qualities as far as my eyes can see.

Still, I hold hope that
somewhere deep in my bones
beauty does reside,
I only get a glimpse
when I witness and honor
the beauty in others:
generosity,
forgiveness,
acceptance,
gratitude.

the spiritual overcomes the physical.
the soul embraces the imperfect.

I roused myself from bed fairly early Monday morning, showered, drank a couple of cups of coffee, and did my best to look presentable before leaving Doright Manor on a minor shopping expedition. On most days my efforts at self beautification are wasted, and I leave the house looking, at best, like a third generation homeless woman on a epically bad day.

On this Monday, though, the stars were aligned, the makeup gods full of good will, and I looked really good for a 59-year-old grandmother. Dare I say I was glowing? I blew myself a goodbye kiss in the mirror and took off in search of items Studly Doright wanted for his new diet. (More on that in a future post–if I don’t kill him first.)


While pushing a cart around Whole Foods I stooped to pick up a can of cranberry sauce from a bottom shelf and felt my back suddenly go “squitch!” I winced in pain and attempted to stand up in the throes of a full blown muscle spasm. Abandoning the cranberry sauce I crab walked to the checkout and paid for the things in my basket.

My face must have reflected the squitching going on in my lumbar region because the lovely young cashier found someone to carry my groceries to the car for me. Truly sometimes age and its accompanying pains have their perks.

Once in the car I thought in my practical self voice, “Go have a massage.”

My vain self answered, “But, but, your makeup looks so good today! You know that only happens once ever decade or so.”

For a heartbeat I listened to my vain self. Thank goodness I decided to go with practical me, but for a heartbeat I was faced with the ultimate conundrum: Is it better to feel good or to look good? In a perfect world I could do both. 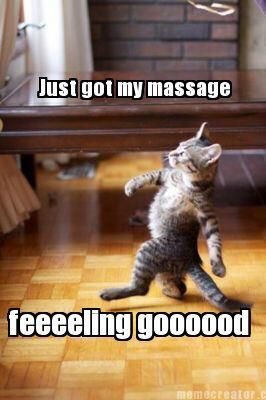