He began preparing for her death years before the actual event; his shocked expression;

A hand clasped to his chest. Practiced repeatedly asking what had happened followed

By a stumbling pause. When the time came, though, he found himself genuinely grieved;

Reflecting on this he realized he’d never fully appreciated her. Their home became mausoleum-like,

Every photo of her, just her, now papered the walls. His own visage cut away, often raggedly.

His guilt lurked in every corner, yet no one ever looked. Rehearsal had been his undoing.

This story was related to me yesterday. It broke my heart. I’ll do my best to retell it here just as the man told it to me.

I grew up in Miami (Florida). But keep in mind it was a very different place back then. My cousins and I had free reign. We’d get up early and grab our bikes, pedal to a row boat we’d stashed on the banks of a lake and then we’d fish all day.

Not like today, when kids are watched over constantly. I think the Adam Walsh case changed all of that, but this was back in 1959 or ’60, a long time before that. Anyway, we went everywhere.

There was a walled neighborhood where the Blacks lived. It was walled off, separate from the other parts of the town, but sometimes my friends and I would play baseball in an area of sugar sand right behind the wall. And a lot of the kids from the black neighborhood would climb the wall and come join the game.

We had a grand time until, of course, one of the white moms would notice and call the cops to make the black kids go back to their own neighborhood. You see, it just wasn’t done, the mixing.

There was a lake behind the sugar sand, with a ring of homes around it. We loved to swim there, even though it was off limits. In the middle of the lake was a small island where ducks liked to nest. We called it Duck Egg Island.

We’d get the eggs and have duck egg fights, but to get to the lake we had to walk past the walled neighborhood where the Blacks lived and then cut through one of the yards of the homes around the lake. We did it all the time.

One day as we passed the wall a little black child sitting on top of it hollered at us. “Hey! Where y’all going?”

Someone told him we were headed to a swimming hole. Without a pause he jumped down off that wall and joined us.

Now my friends and I were like fish. We swam every day. We never considered that a kid our age couldn’t swim.

The lake was fairly shallow until you got about 10 yards out, then it dropped dramatically. When we got to Duck Egg Island someone noticed the black kid wasn’t with us.

We swam back and one of us, I don’t remember who, dove under, but he couldn’t get to the child. We all tried. Again and again. He was too deep.

Not a day goes by that I don’t think about that kid.

The storyteller bowed his head and cried at this admission. I cried, too.

I’d been dreading a doctor’s appointment for the past couple of months. Apparently my blood work from a recent physical indicated that I might be hosting a debilitating illness in my aging body, and my physician referred me to a specialist.

Of course I’m a bit of a hypochondriac, so my mind went to all the dark places: Rabies, Parvo virus, Heartworm. And then I remembered that I’m neither a dog nor a cat. But still, the mind kept straying to thoughts better left unexamined.

I also worried that the specialist would be eager to prescribe all sorts of medications that would just make me feel like an old broad. An injection here, a pill there, and soon I’d be wrestling a list of side effects longer than Kareem Abdul Jabar’s right arm. It happens.

Today I met with the specialist. He was a lovely man who visited first with me about the book I was reading before leaping into the medical stuff. The man knew how to woo me.

After a thorough exam he asked, “How old are you again?”

“Increase the dose,” he replied.

I might’ve made up that last line. 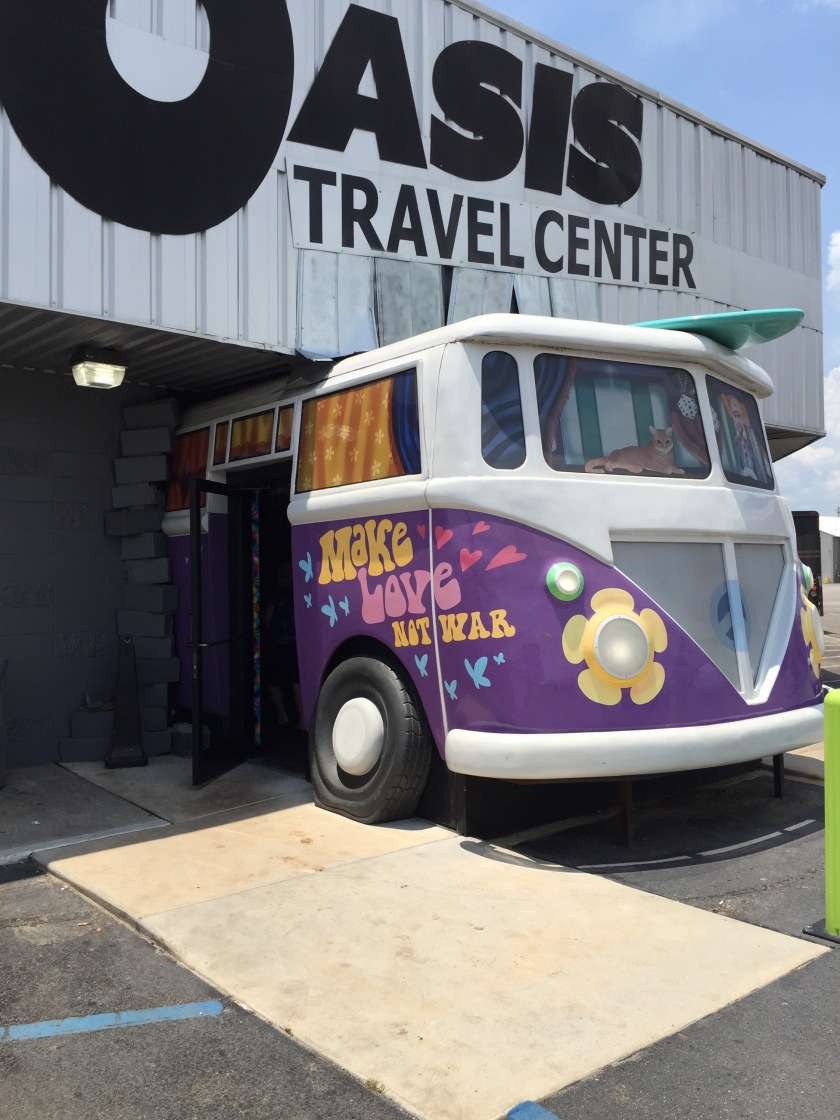 I dig quirky places. If Studly Doright ever gets to retire I’m going to insist on a leisurely tour of offbeat destinations.

On our way home from Texas early this month we stopped at a gem of a place just this side of Pensacola. It wasn’t my first stop there, but Studly had never experienced the Oasis Travel Center before. It’s part convenience store, part gift shop, part fast food kiosks, and part diner.

The VW bus pictured above serves as the establishment’s front entryway. Then once inside one’s senses are assailed by all manner of funky fun: yard art, a pirate ship, unique tshirts, and college fan gear. 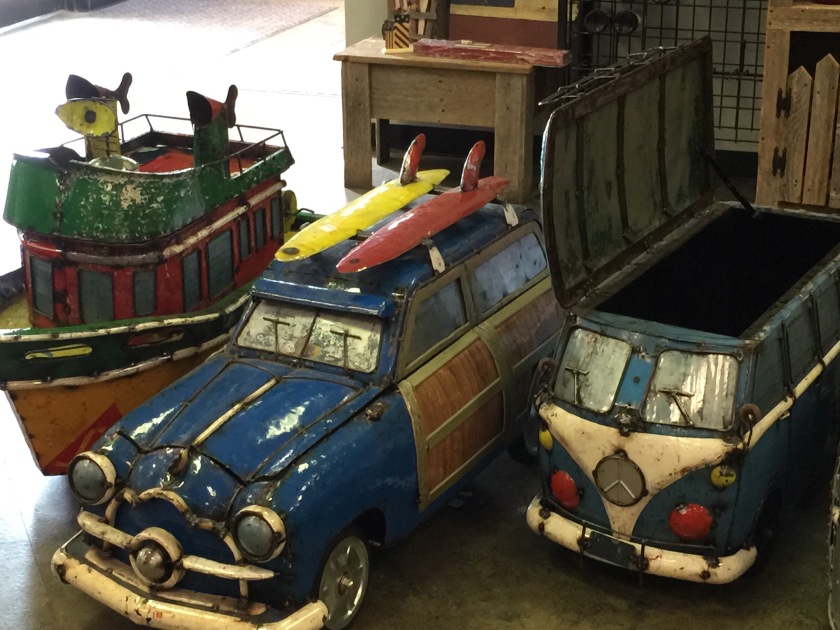 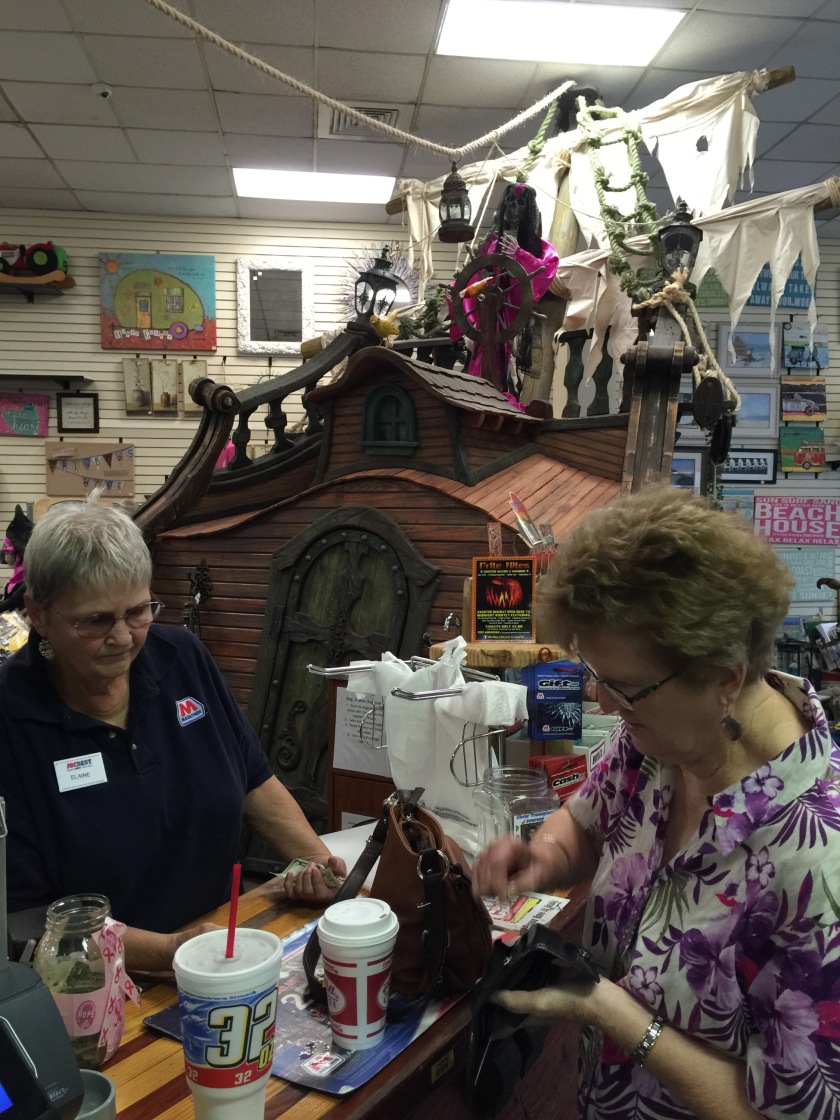 The diner, though, is the grooviest.

Dubbed the “Derailed Diner,” it’s designed to look as if a train has come barreling through the side of the building, complete with the resulting rubble.

This entrance opens directly into the diner, and every now and again the signal crossing activates with light and sound. 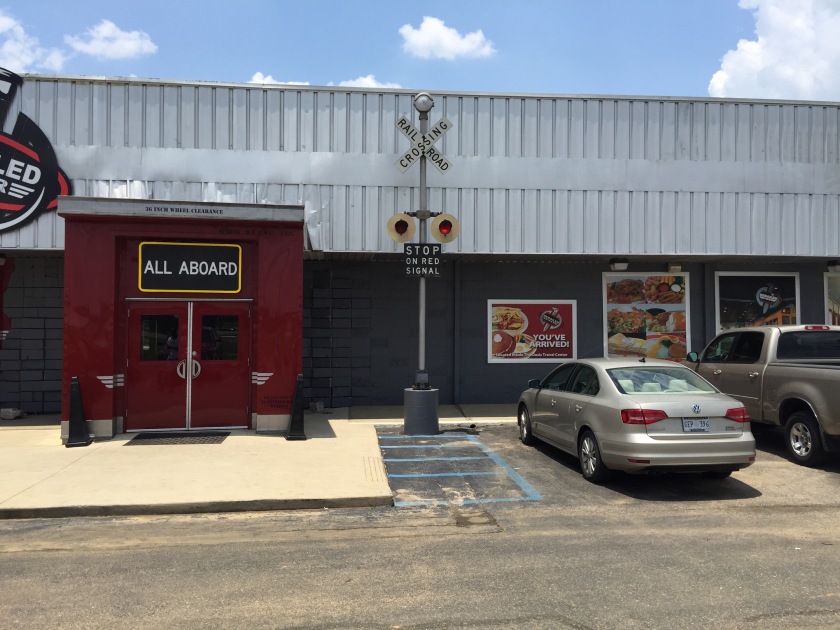 The inside of the diner is an eclectic mix of kooky memorabilia.

One can dine at the Derailed Diner lunch counter:

Some of the stools are a bit on the wild side. There’s a John Deere tractor seat and a saddle, 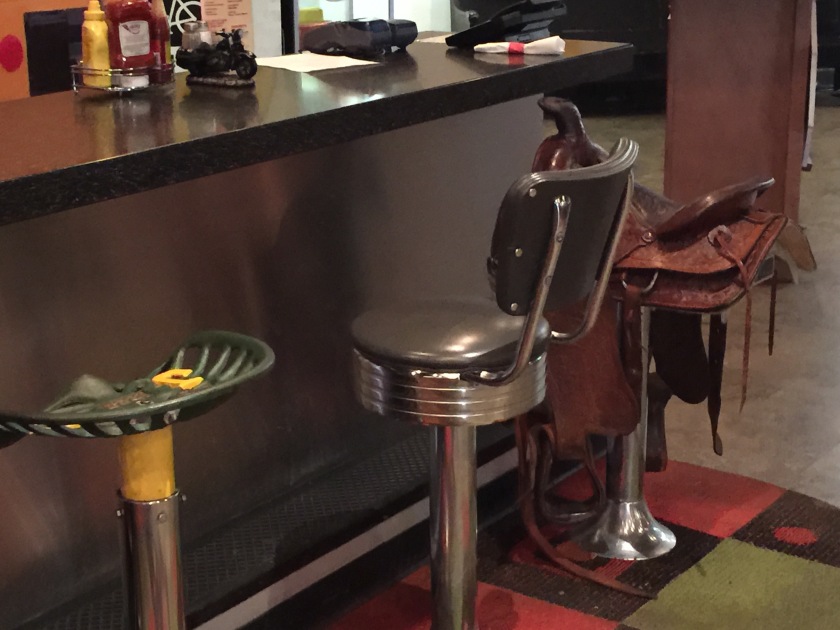 a pair of airplane seats,

and a motorcycle passenger’s seat, complete with fender and saddlebags.

Away from the counter are regular tables, but there were also tailgates with small TV sets in the spirit of drive-in movies.

The train motif continued inside, as well, 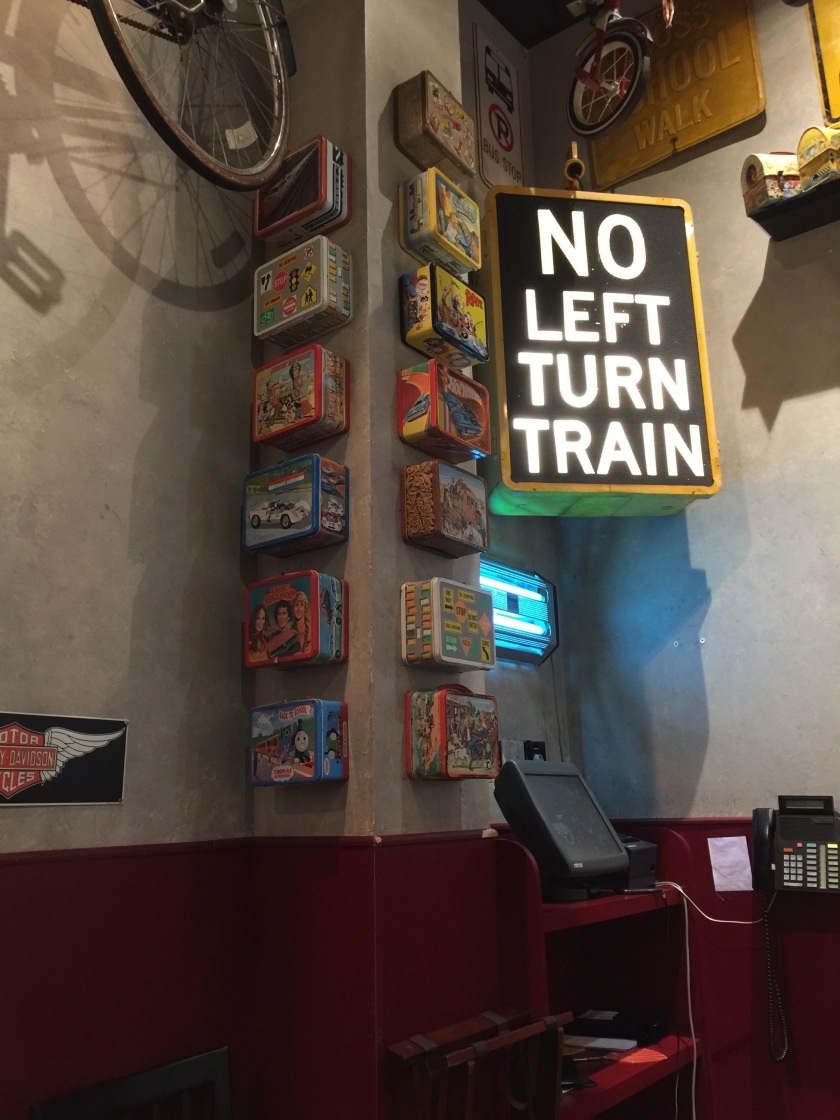 Many tables are decorated to represent various states. We sat at the Kansas table where Dorothy’s ruby red slippers served as salt and pepper shakers, while a Wizard of Oz game under glass added to the theme.

Everywhere one looked there was something to spark the imagination.

I was curious about the origin of this certifiably quirky place, and one of the waitresses directed me to this sign:

If you ever find yourself on Interstate 10 between Pensacola and Tallahassee, look for the Oasis Travel Center. The restrooms are clean, the food is good, and the people are friendly.

My genius friend does it again!

Memories flung into a harvest time bonfire, an immaculate enforcement of shameless remorse

The waning moon, her closest confidant, the ubiquitous sun her silent nemesis

On a ‘seen better day’s’ hopeless mattress, she favours his sex, not his kiss

Astride him she rides out the storm of entanglement, dazed violet eyes indisposed to obsess

Picking out a dirge on his wilting heart strings, a heretofore courtly love blasé troubadour

A stock refrain, a pretty poor anthem, for a battle won, though she cares not for the war

She holds the key that locks in his tainted passion, the whitest smile that undoes his cold heart

we tickety clicked to the top of the drop, anticipation taking hold in the pit of my chest.

too late now, wheels set in motion, arms raised high in jubilation as we slowly straddled the crest.

we’ve got this, plummeting only to soar upward again, no tickety clicking only whoosh, loop calling.

spiraling up in tight circles winding apogean, then back to perigee with a stomach dropping lunge.

giggling uncontrollably, swiftly closing into denouement, a calculated hitch before taking the plunge. 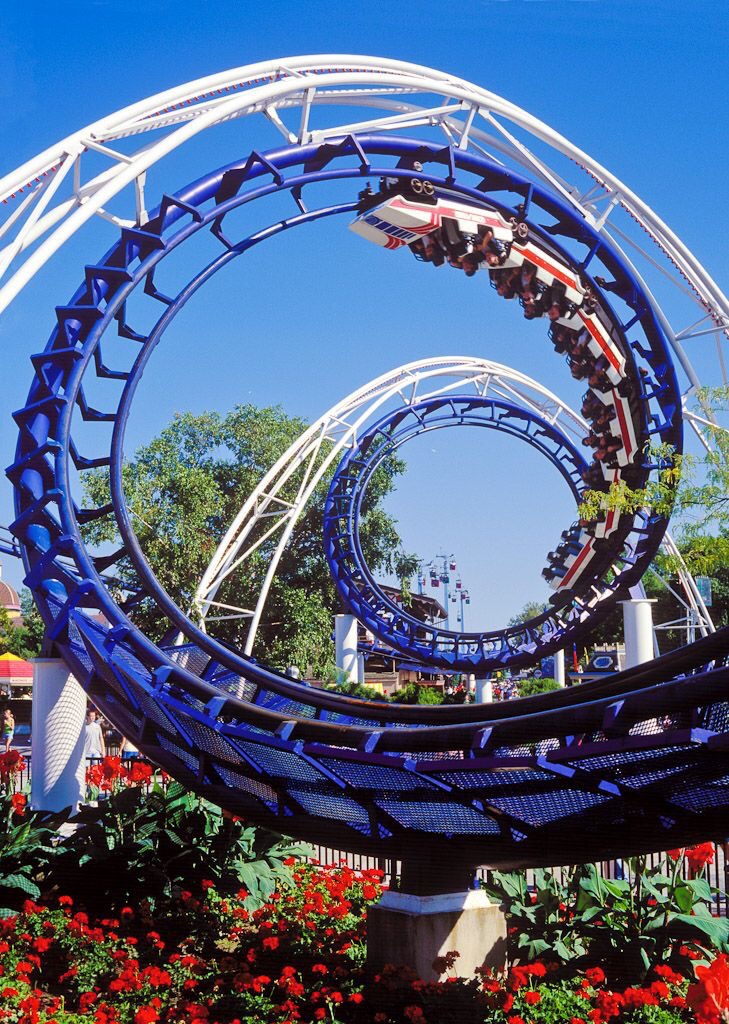 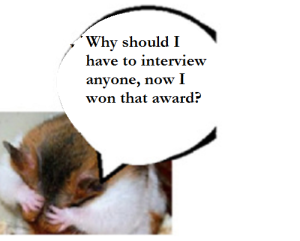 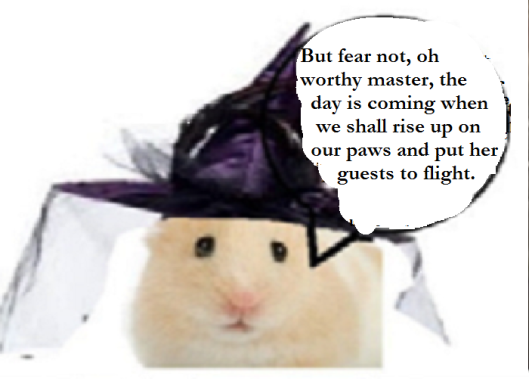 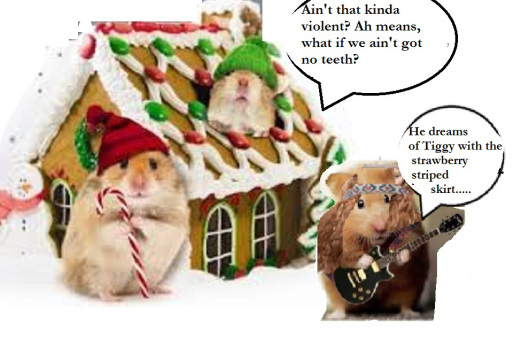 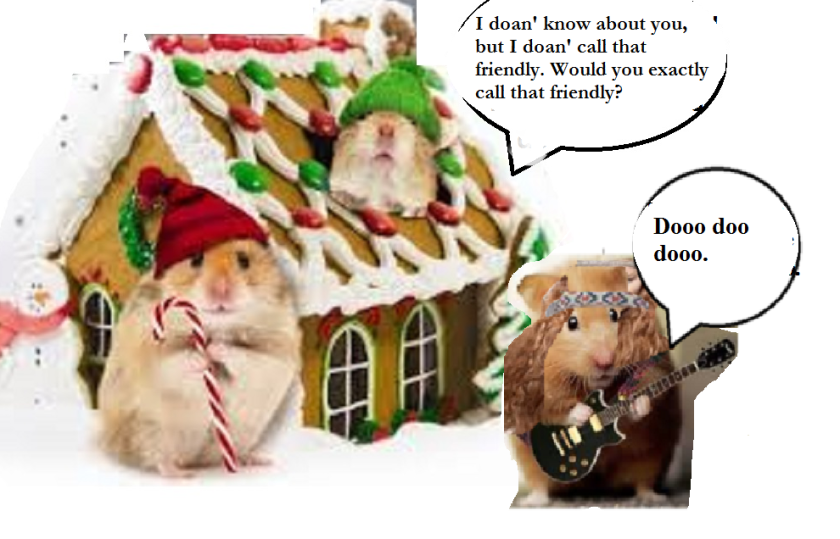 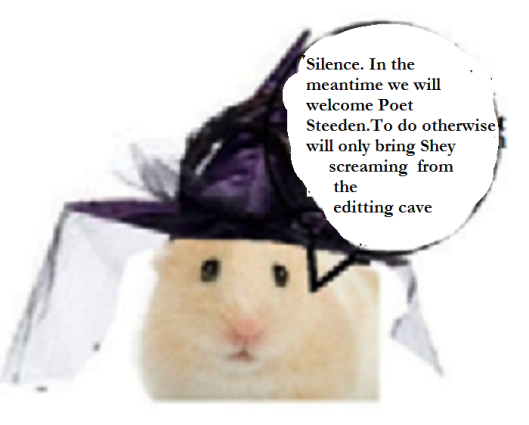 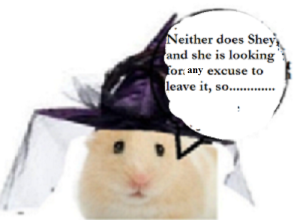 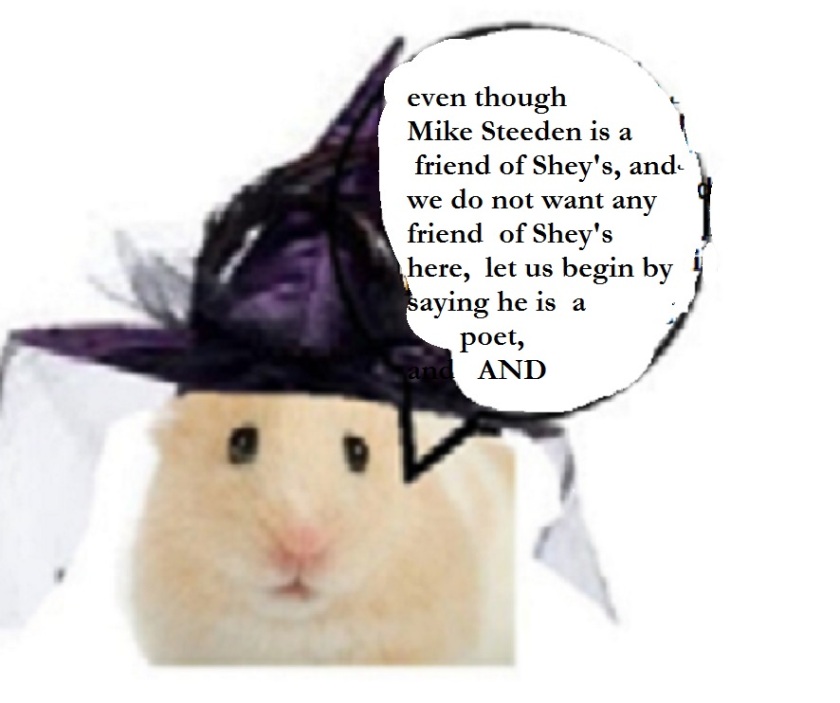 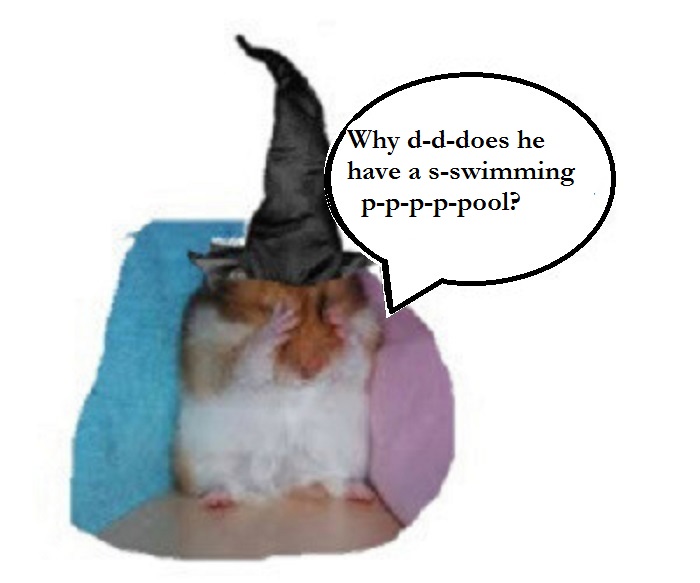 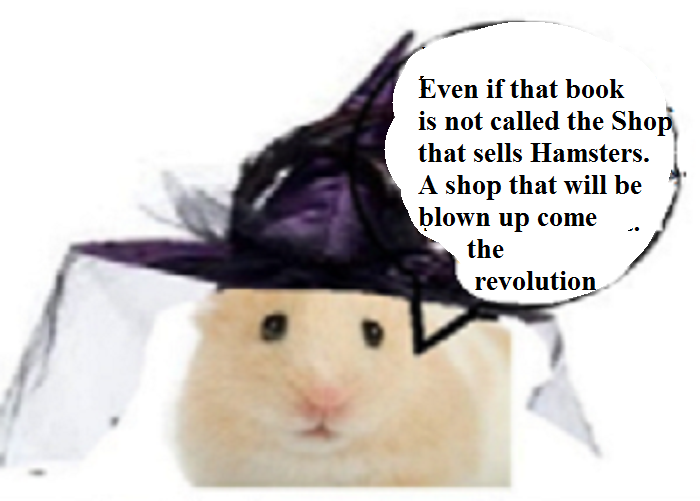 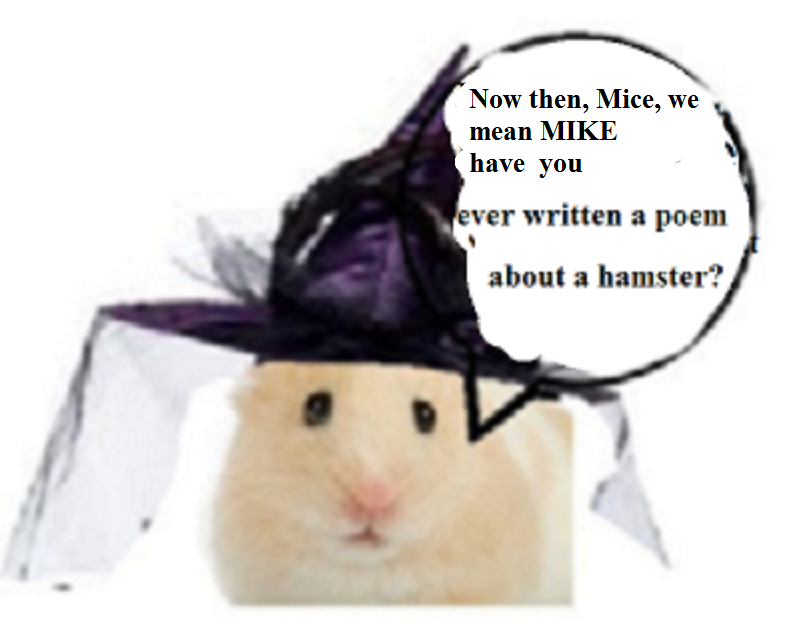 Not until just now! That said, when I started blogging I did write the tale of ‘Joan of Arc & Her Beloved Hamster’ regarding Joan’s heartfelt desire to get her house in order pre the burning at the stake the very next day, hence a new home for her pet hamster was required!  With hardly any ‘followers’ at the time it was largely ignored – probably for the best in hindsight! 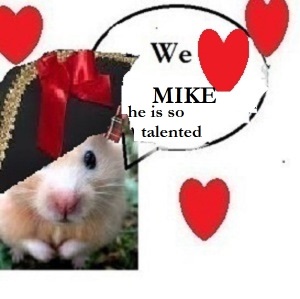 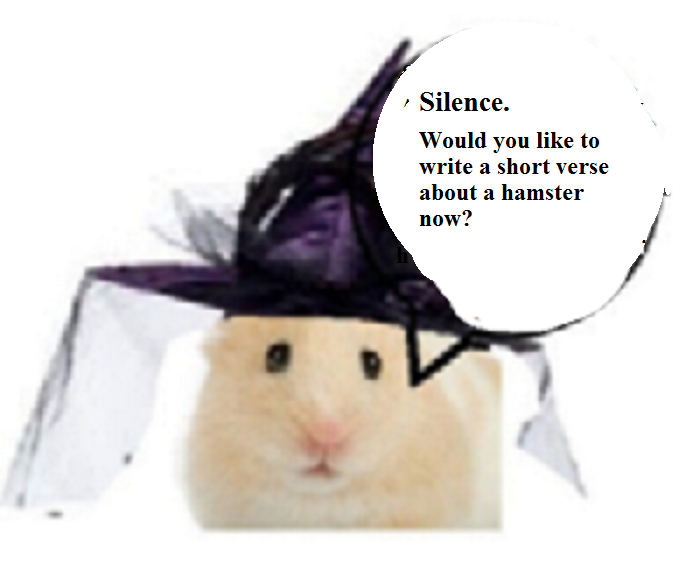 THE SAD DEMISE OF ERIC THE HAMSTER

In Hamsterland I have heard say

That the energy supply is ideal

For hamsters’ spin around all day

Generating electricity via their treadmill wheel

However, they ran into a problem once

For one such wheel did detach itself

Span off, hamster inside, under a number 37 bus

Eric, that was the wretched hamsters name

To the A&E was rushed

Yet there was nought…

Say the words of prayer and grief, lament the price of life’s cruel thief

Close the coffin, light the pyre,
forty-nine dead, when will we tire

Too many times, too many lives,
close the coffin, on sons and wives.

Daughters and fathers laid to rest
a clueless nation fails the test. 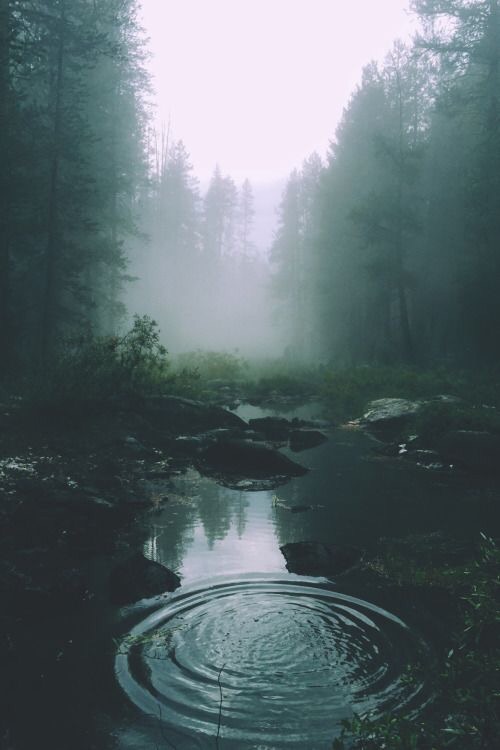 I am the tuning fork, a shimmering frisson of vibration calling the heart to harmony

I am also the rock, though, throwing ripples concentrically across once calmed waters

Peace and chaos vie for my soul, my meditation song pulled from the place of light

Never certain which will win the day, tranquility or turmoil, I toil with hope and a smidgen of fear. 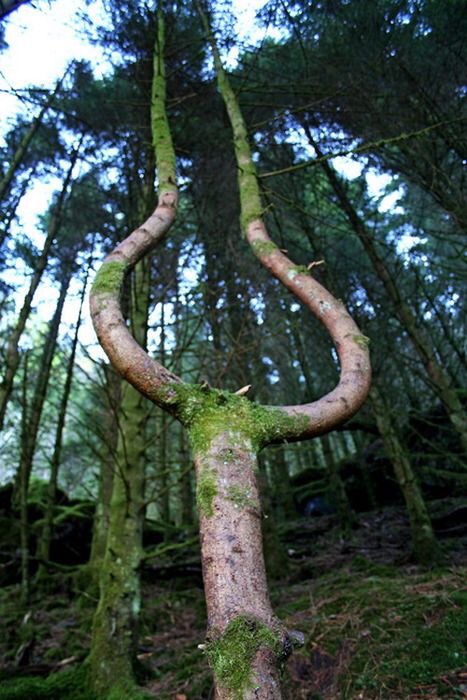 When I get bored I start thinking about making something. Unfortunately, I’m not very adept at making anything other than a mess.

For example a couple of summers ago I decided that I could paint. These resulted from my delusions:

I call the first one “A Brace of Fairies” while the second one is called “Pinterest Fail.” 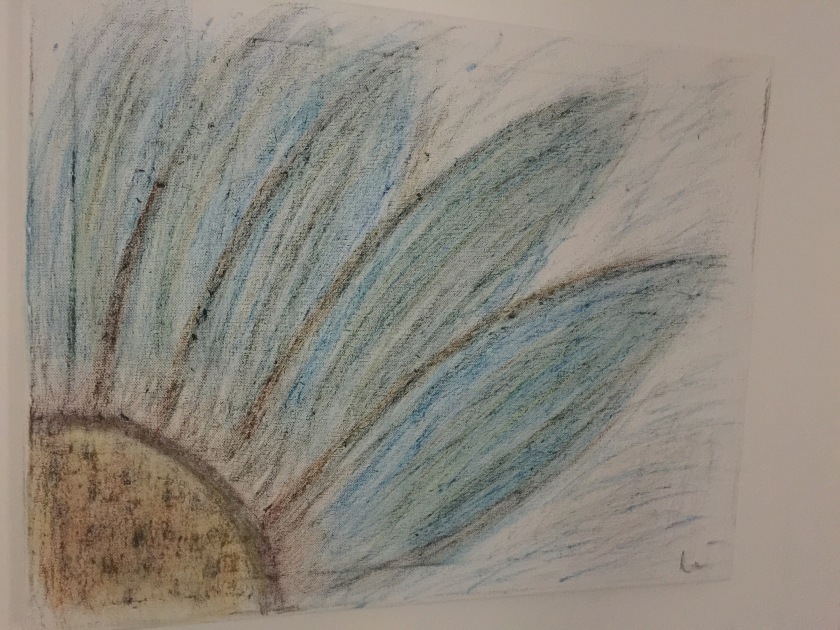 I do have them on display at Doright Manor. There’s no charge for viewing them. By that I mean I won’t pay you for your waste of time should you happen to stop by.

One summer I found a jewelry making kit at a yard sale, and for six weeks I made the ugliest jewelry imaginable: Earrings that didn’t dangle evenly, anemic looking bracelets, necklaces that appeared capable of attracting the evil eye.

Another summer, at the urging of our daughter, I decided to create family scrapbooks. After several weeks of sorting through stacks and stacks of pictures I created one page. At least one batch of photos got organized for a brief time as a result.

Yesterday I told Studly I was thinking of creating something artistic. He told the cats to hide and he’s secluded himself in a guest bedroom. I think he might have heard me say I was going to attempt nude drawings next. Good thing he didn’t notice my fresh stash of glitter. 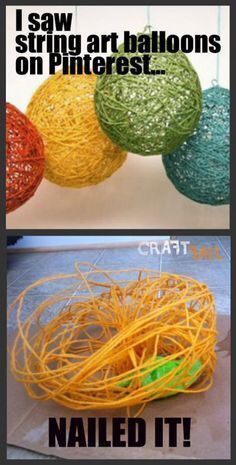