Studly Doright was busy working on Tuesday morning, so after I ran a couple of errands I took myself to see the film, Annihilation. I knew Studly wouldn’t want to see this movie. You see my big strong man doesn’t dig entertainment that makes viewers squeal in horror or recoil in disgust. That’s my bag.

I haven’t yet read the book, but I’m eager to download it now. The author, Jeff Vandermeer, lives in Tallahassee, and I hear he frequents Wells Brothers, one of my favorite burger joints. What I wouldn’t give to pick his brain!

Y’all know I don’t really do movie reviews, but I loved everything about this film: The strong female cast led by Natalie Portman, the jaw dropping suspense, the special effects, and pitch perfect soundtrack. And the ending! Holy cow. But spelling “Annihilation” is a bitch. Spell check kept laughing at me as I struggled to write this, offering no viable suggestions.

Go see this film anyway, one doesn’t need to be able to spell Annihilation in order to enjoy it. Then send me a message. I need to discuss it with someone. Hurry. 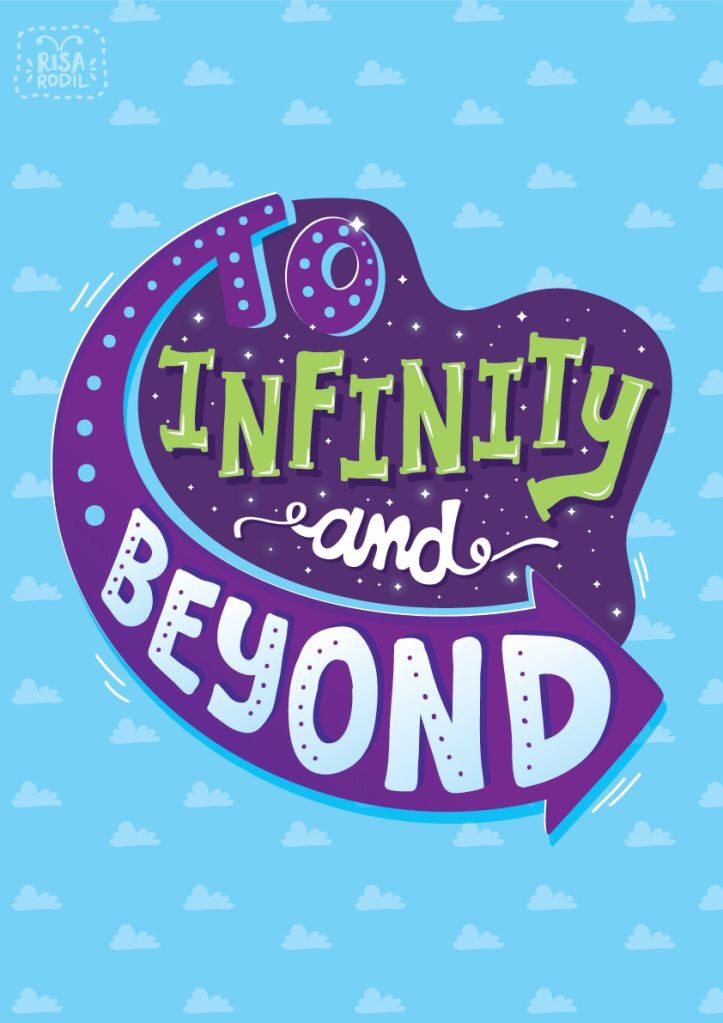 I had my second of three Mona Lisa treatments on Wednesday afternoon. If you need to know what that entails read this post: https://nananoyz5forme.com/2017/02/21/vagina-wars-a-new-hope/

The first treatment went really well, and the discomfort was minimal. And while the second treatment was more intense it wasn’t any worse than having my eyebrows waxed. Of course, I have only two eyebrows, and the Mona Lisa laser makes multiple forays into my vaginal area. I might’ve said, “ouch!” but didn’t curse even once.

My gynecologist is the bomb. Before he started the treatment he noticed my Kindle and asked what I was reading, so I gave him a brief synopsis of Kim Stanley Robinson’s novel, 2312. Turns out my doctor is a sci-fi fan, as well; although, he’s old school: Heinlein, Bradbury, etc.

While he switched equipment around I told him about John Scalzi’s, Old Man’s War series. In it, septuagenarians can sign up to go into space where they fight for a confederation of planets. The old warriors are given brand new, highly efficient bodies, while maintaining the wisdom they’ve accumulated in their seven decades of life.

Before the doctor left me he said, “You know, we’re doing science fiction type work in this room.”

I agreed, “Yep! Thanks for giving this old broad a vagina for the future!”

“To infinity and beyond!”

Did I mention that he’s the bomb?

Note: We are very pleased with the results of the Mona Lisa treatment! 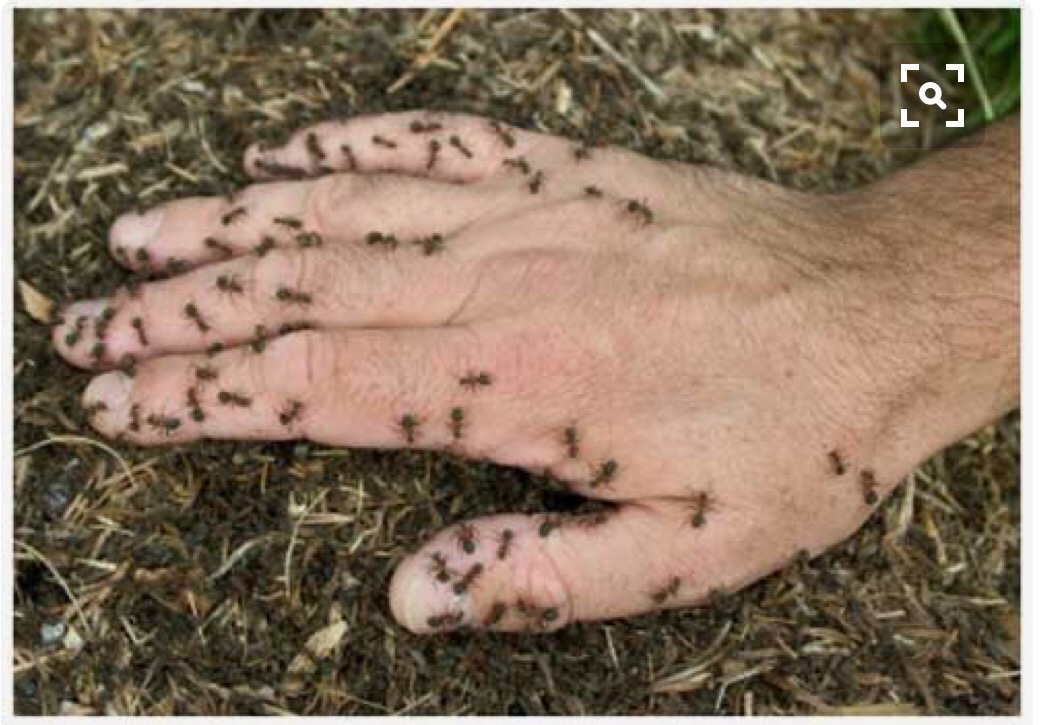 Drawn by the sound of non-rhythmic counting we approached a house. At least it appeared

to be a house–four sides, a peaked roof, an old stone porch. Even so the roughly cubed structure

was devoid of doors, and on further investigation presented no windows.

intoned a disembodied voice. What manner of edifice, we wondered, looked like a family

dwelling, yet gave no opportunity for entry or exit?

After circling the structure three full times, I banged my fist against the place where the front door

logically should be situated, just up the three stone steps, centered on the building’s apparent

Anterior surface. “Puzzling,” my partner ventured, his antennae twitching, when no response

resulted from my knocking. Suddenly, the house lifted and came crashing brutally down on him.

I scampered away across the sand as quickly as my six legs could carry me, thinking, “What madness?!”

Author’s note: This tale came to me at 2 a.m. I’m not sure what it means, but it insisted on being written.

After weeks of dragging my feet, on Sunday evening I finally finished reading the eighth, and thus far, final book in the Outlander series by Diana Gabaldon. Fittingly, my well worn Kindle Paper White e-reader bit the dust with less than 3% of the book remaining as if it knew I didn’t want the story to end. Thank goodness I have the kindle app on my iPhone, though, so I was able to cry myself to sleep with Siri comforting me.

She’s a rock, that Siri. Salt of the earth, and all that.

As soon as I was able to leave work on Monday afternoon I drove with cautious haste to Best Buy and bought a new Kindle Paper White. The relative ease with which I registered the device and downloaded my virtual library restored my sense of well being. Once again all was right with my world.

Except that now I had no idea what to read next. At random I chose a book with a catchy title. The Shelf Life of Happiness by David Machado. In contrast to the weeks, nay months, I’d spent with the Outlander books, The Shelf Life of Happiness took exactly four hours to read. It’s a good book, totally unlike the Outlander series, and I found that comforting. The last thing I needed was a poorly written replica of a cherished series.

Currently I’m looking for my next great read, and I’m open to suggestions. My tastes are eclectic, but I greatly enjoy science fiction/fantasy and post-apocalyptic novels, (zombies are a plus), as long as they’re well written. Outlander was a bit of a departure for me because it was a historical, albeit, time-travel romance.

So what are your suggestions dear readers? I’m eager for some new perspectives. The world is my library, and this is my motto: Have Kindle; Can Download.
Note: I still purchase physical books, just in case of an apocalypse, lest anyone should fear for my reading soul.

I know that many of my followers and friends are published authors or songwriters. Others are looking for that motivation or big break. It’s difficult to know how to get your work and your name out there.

Let me introduce you to science fiction author John Scalzi. I’m a big fan of his work. It’s witty, fast-paced, and not so mired in the sciences that a casual reader of scifi will feel lost. I’ve begun following John Scalzi on Facebook and Twitter and strongly suggest that you do as well.

John started as an indie author and has made a big mark in the scifi world. And, he’s a generous guy, it seems. Starting today, he accepts blurbs from folks like us. Each day this week John is seeking posts from authors and other artists with one category featured each day. For instance today he’s accepting submissions from folks who want to promote a book or audiobook they’ve had published through traditional publishing routes.

I could go on and on, but John Scalzi explains it all much more concisely than I on his WordPress site, “Whatever”.

So, here’s the link. Get busy and get some FREE promotion. Best of luck.

Science fiction/fantasy is my favorite genre by far. Nothing thrills me like blasting into hyper space or exploring the terrain of a new world from the safety of my own home.

I just finished the novel, The Three-Body Problem by China’s premier science fiction author, Cixin Liu. I’d love to tell you I read it in the original Chinese, but I only know how to say, not spell, “thank you” in Mandarin. The Three-Body Problem was not light reading, at least not for me. There was all this math-y and science-y stuff. I’m trying to decide if I’m woman enough to tackle the sequels. Three-Body provides a spectacularly different view into Chinese culture, so after a brain break I’m sure I’ll return to the impending Trisolarus invasion. 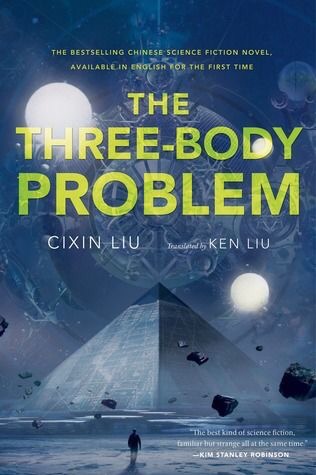 Before Liu’s book, I’d immersed myself in the works of John Scalzi whose Old Man’s War series is a must read for scifi fans. Scalzi’s wit, I suspect, could make a rewriting of the U.S. Tax Code into a pleasurable evening of reading, and I recommend it to everyone, not just those into the genre.

Hugh Howey is another scifi writer I’ve become attached to. Not literally because Howey might have me arrested, but his Wool Omnibus is incredibly entertaining, and deals with intriguing social issues. If you suffer from claustrophobia, be warned. The characters don’t get out much.

Now anyone who’s still with me might wonder what in heaven’s name all this has to do with the post’s title, “Saving the Cowsills.” As a preteen one of my all-time best friends who I’ll call LA, and I were obsessed with brothers John and Barry Cowsill of the family singing group the Cowsills, upon whom The Partridge Family TV series was based.


We could tell you darned near anything you wanted to know about the brothers: Eye color, height, birth dates, likes, dislikes, etc. One of the highlights of our young lives was getting to meet our idols after a concert in Canyon, Texas.

At a recent reunion LA gave me a book entitled, I Think I Love You, and insisted that I read it. Sure, I said, thinking it was the last thing a scifi fangirl like me wanted to read, but after tackling The Three-Body Problem my brain truly needed a rest. I picked up LA’s book and dove in. And began giggling like a preteen schoolgirl.

Written by Allison Pearson, of I Don’t Know How She Does It fame, I Think I Love You perfectly captures the mindset of a young teenaged girl infatuated with a rock idol, in this case David Cassidy of The Partridge Family. The book’s heroine, Petra, is obsessed with David Cassidy, whom I’d always assumed was an amalgam of John and Barry Cowsill. Ah ha!

I’m not a particularly speedy reader, so I’m savoring the awkwardness and self-consciousness of Petra in something akin to a slow motion retro film. She’s me at 13. She’s pretty much every girl at 13, with the exception of those who somehow seemed to be in on the whole joke from the beginning.

I owe LA a big hug and a thank you for lending me I Think I Love You. It’s been more than a brain break. It’s been a refreshing swim in a pool of Cowsill-stocked memories. One thought goes out to my idol:  John Cowsill, we’d have been so very good together.

I look forward to finding out just what becomes of Petra’s obsession with her hero. He’d best not disappoint her!

If you’ve followed my blog for any time you know that I’m a terrible reviewer. I either like something and continue to read/watch it, or I dislike it and close the cover/leave the theatre. I don’t offer my opinion on the bad ones; they’ve already taken enough of my time and energy.

John Scalzi is my new favorite author, and definitely worth my time. His novel, Old Man’s War, was brought to my attention by the good folks at Amazon during my never-ending search for something new to read. It is science fiction as its best–witty, thought-provoking, smart, and a tad irreverent.

John Perry, the main character of the first novel in the six-book series, has left Earth in his late 70’s as a recruit to the Colonial Defense Forces. The CDF’s mission is to “bear arms and to use them against the enemies of the Colonial Union, which might include other human forces.”

The Colonial Union oversees the settlement of human colonies on other planets. Earth supplies all of the CDF recruits, but its various governments remain separate, intact, and ungoverned by the CU. It’s a mutually beneficial relationship; although, one that becomes increasingly more fragile as the story progresses.

Each book in the series might have one or more than one different perspective. At the beginning of each I’d think, “Crap! I want to hear this from John’s point of view or from Zöe’s perspective!” But within a few pages I’d be completely engrossed in the new tale and its protagonist.

The best recommendation I can give is that I have suffered from severe book withdrawal since completing the sixth book in the series. How can the world continue when I’m so bereft?