I danced one night with a cowboy

He asked; I said yes, even though my friends were whining to go

I remember the smell of him, like new leather and spice,

The feel of his crisp white shirt and my hand in his,

And the way he held me close, like I was fragile and precious.

He asked if he could take me home, but I was spoken for already, so I thanked him for the dance

And went on my way.

Last one picked as a partner

No one was unkind

Though, told the story

I so loved to dance

Had rhythm enough to spare

Oh, to be chosen

A day, one minute

They’re both the same without you

Each sip brings a memory

Sure wish you were here

I dance alone some

Waltzing around the kitchen

Just call me the Queen of Sample Sizes as today I toss 16 items that I must have purchased for travel and then never used more than once, or used completely and then never removed from my travel bag. 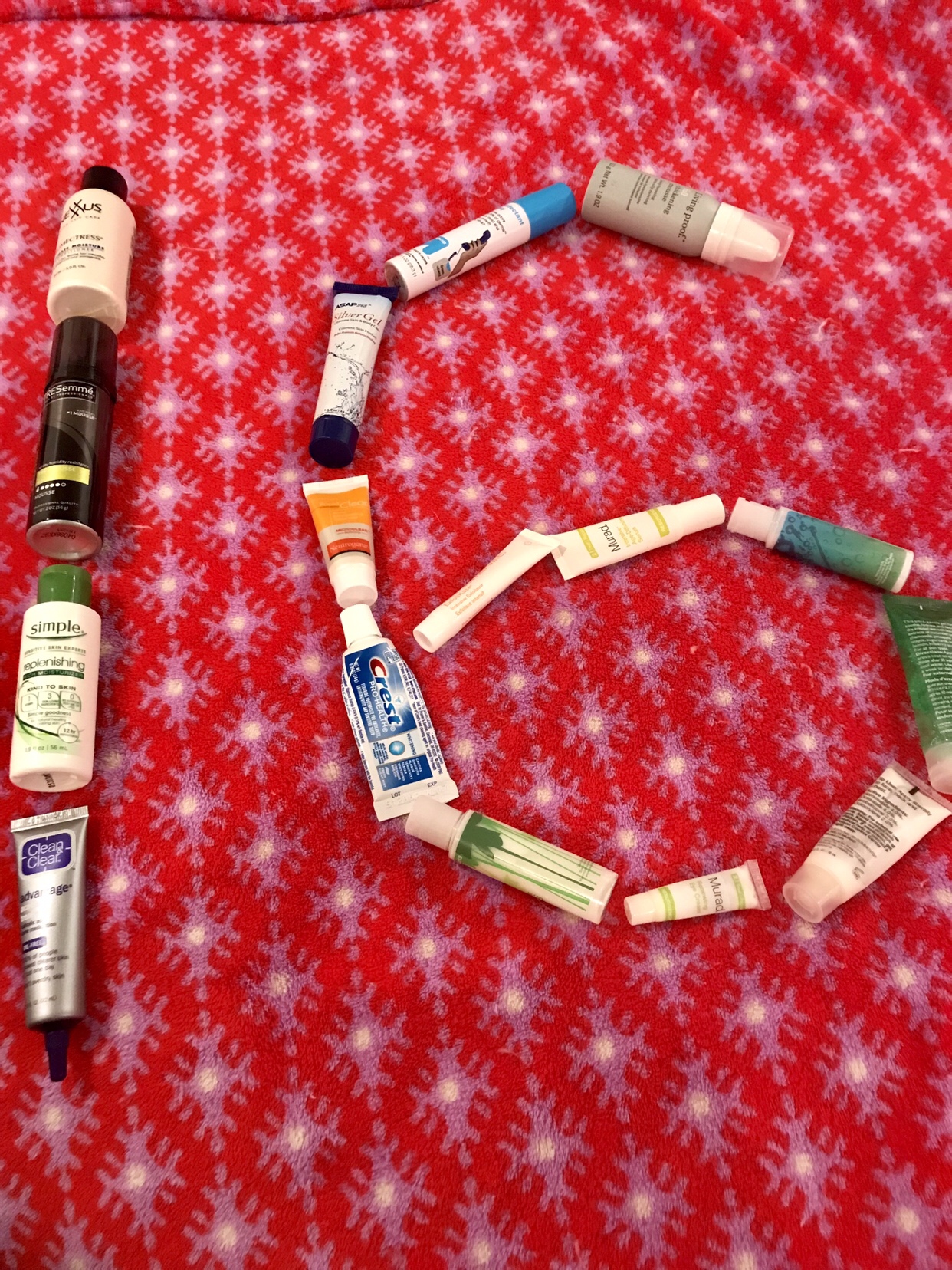 Note the clever arrangement of said items into the number 16. Surely I deserve bonus points for the artwork.

To close today’s post, here’s an appropriate tune from my teen years. I do so love this song, and once made up an interpretive dance to accompany it that perhaps only two people have ever seen. It was that rare.

Aging sucks, but as I’m frequently reminded it beats the hell out of the alternative. This past October I celebrated my 60th birthday. Six decades on this earth have taken a toll on my body. I’m no longer the svelte, lithesome broad I once was. And everything hurts.

My ankles hurt, my thighs hurt, and my hips seem to be stuck in neutral. I’m okay as long as I move forward, just don’t ask me to pivot or cha cha. Damn, I miss cha cha-ing.

A Facebook pop up advertisement (amazing how they pick up on my personal needs) prompted me to check on exercises designed to ease those frozen hips. Apparently, if I could stretch my hip flexors, I might achieve full range of motion. I could once again cha cha.

I turned to Google, and this stretch was the first thing to appear under “hip flexor stretches.”

Honestly. I can’t cha cha and they expect me to do this? I tried. Lord knows I tried. Studly Doright walked in during my attempt and laughed so hard I would have slapped him if I could’ve gotten up off the floor.

I’ll be in the whirlpool tub if anyone needs me.

A fellow blogger, Gretl Feeson at https://gretlfeesonpoetry.wordpress.com/ has introduced me to a variety of poetry forms. He’s always so good about providing the syllable count so those of us still learning the craft can give the form a try.

Today that form was a lanterne, a five line poem (cinquain) with syllable counts of one, two, three, four, and one respectively. Gretl’s lanternes pack a lot of punch; whereas, no matter how much I played with mine it still came out rather wimpy.

I’ll keep working on the challenge though. Might need to drink a bourbon instead of a wine. 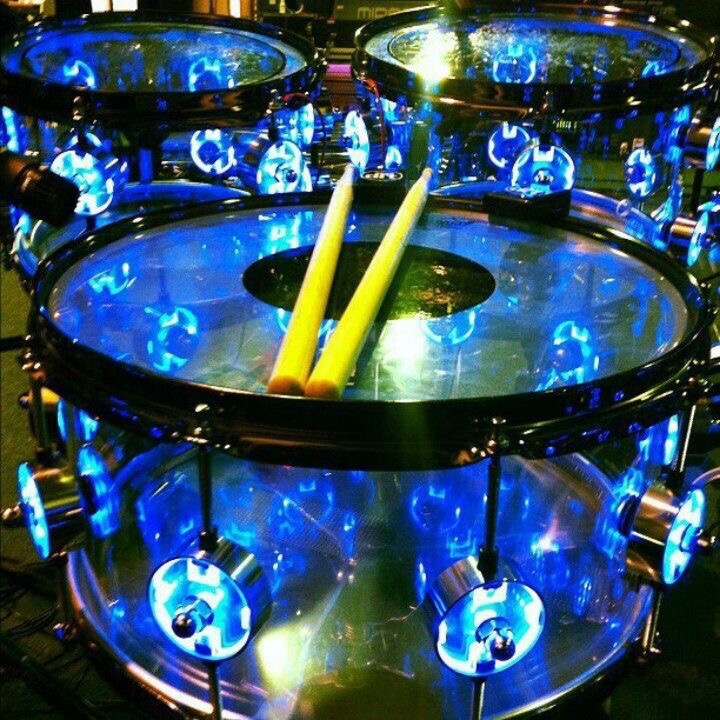 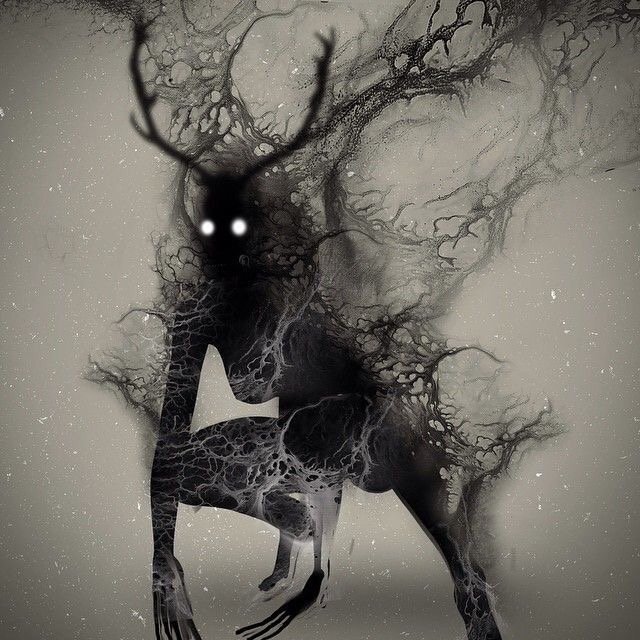 Four behemoths surrounded me, circling closer at every turn.

Three were unholy physical specimens, long of tooth and claw. Fearsome in their intent.

The fourth was lame, addlepated, carefully moving one stumpy appendage in front of the other.

Snatching at the box of sanity I kept on my nightstand, I watched and waited for an opening.

When the crippled beast stumbled, as we all knew he would, I dashed between his grasping arms.

Stinging pain sang through my neck, a lucky blow rained down.

I screamed, a tuneless melody of injured flesh, and the beasts paused.

i am the undisputed
champion of laundry
and other areas of
womanly domesticity,
in my wildest dreams.

melodies are composed
in honor of my skills
of bold athetic prowess
on the sporting field,
in my wildest dreams.

belle of the ball am i,
wallflower’s opposite
graceful and desirable,
of incomparable beauty,
in my wildest dreams.

flocks of fans gather
pursuing my attention
accolades precede my
effervescent presence,
in my wildest dreams.

in truth i am average,
in every imaginable way
no fans, no praises,
no notable skills,
but i still have dreams.

Inspiration comes from everywhere. This particular piece was inspired by an advertisement for detergent. If only my laundry could be that fresh, that perfect….ah, if only.

Disclaimer: I have the natural grace of a boulder.

Binge watching the series Dallas Cowboys Cheerleaders: Making the Team might lead to delusions of grandeur, or a case of severe depression. I didn’t intend to binge watch, but after one episode I had grown fond of a couple of the rookie wannabes.

Before long I was standing in front of the television shaking my imaginary pompoms and tossing my hair to the music. I’m quite good when nobody’s watching.

Then I was sobbing uncontrollably when Melissa H. a small town girl from somewhere in Idaho, failed to make the team, and had to return to the Midwest, a victim of shattered dreams all because her kicks weren’t quite high enough.