Estate sales are often the places where I buy interesting vintage pieces, but sometimes I find not-so-old stuff that could use a new home. This past weekend the estate sale pickings were pretty slim, but I did find one item that I could put to use immediately.

I know, most of you probably believe, based on my impeccable mastery of the English language and the rules of grammar that dictate its proper usage, that I would have no need for such a book. Then again, if you managed to read that last mangled sentence you realize that no one on earth needs the book more than I do.

Even if I didn’t need it, I’d still have wanted it. Words are the building blocks of life, right? Forget all that cellular level stuff, words are what make the world go ’round. One can never know enough about words.

From the very first two pages of content I could tell that this would be a valuable book. 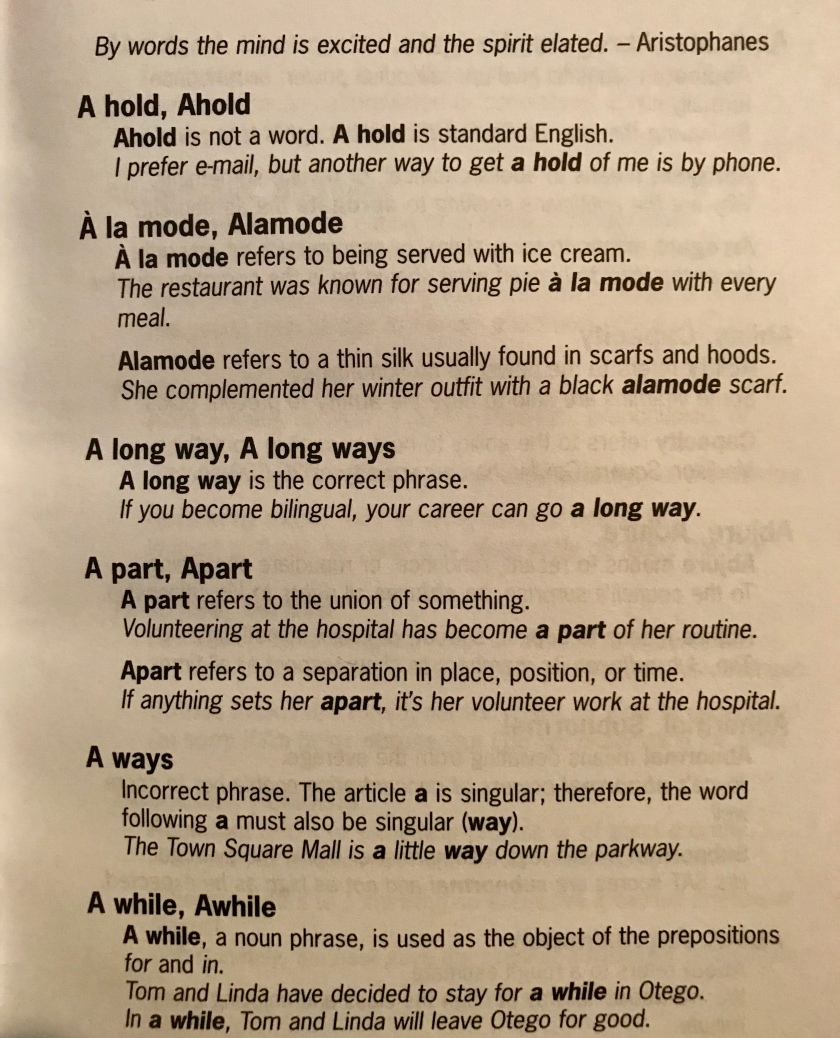 Just look at “a while” and “awhile.” How many times have I used the incorrect word? I shudder just thinking of all the awhiles I’ve substituted for a while, and vice verse. Oddly enough, vice versa isn’t in the book, even though I’ve often seen it spelled “visa versa”.

And how about this duo: nauseated and nauseous? I know I’m guilty of using them incorrectly ad nauseam.

Plus, there’s the pesky “nip it in the bud” versus the butt. It’s always bud, by the way. No one wants to deal with butt nipping. Well, they likely won’t admit to it anyway. That could be construed as being sensual. Or is it sensuous? 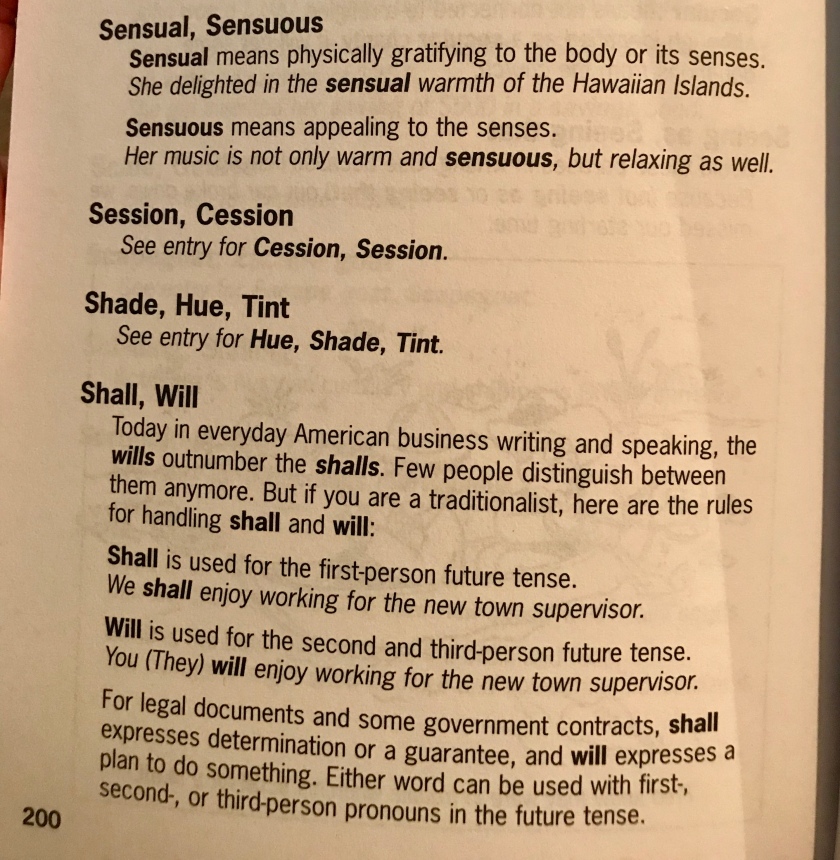 Surely I have the ability to internalize this information. 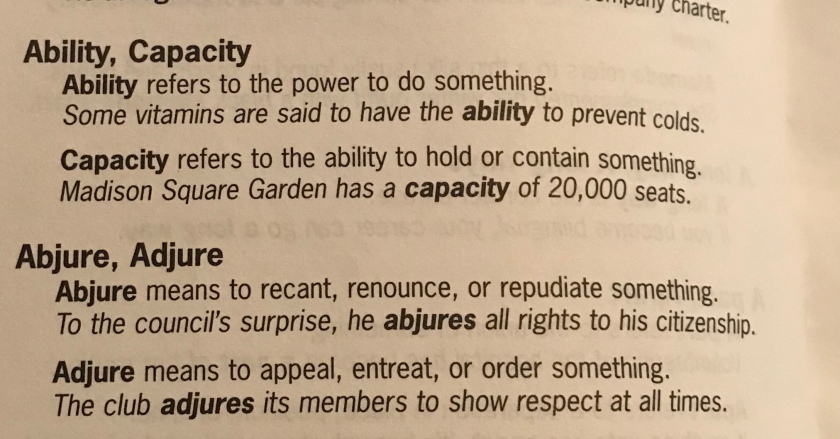 I might be in love with this book. Or at least I feel affection (not an affectation) for it.

As a bonus, this newspaper clipping was tucked inside the book. I think I’d have really liked the person to whom this book once belonged.

Also, who knew there was a Grammar Man?

This purchase just gets better and better.