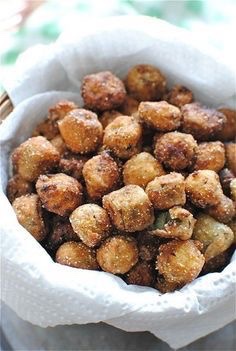 Recently I took part in a silly Facebook game wherein one learned how Southern one might be based on the number of traditionally southern foods one has eaten. 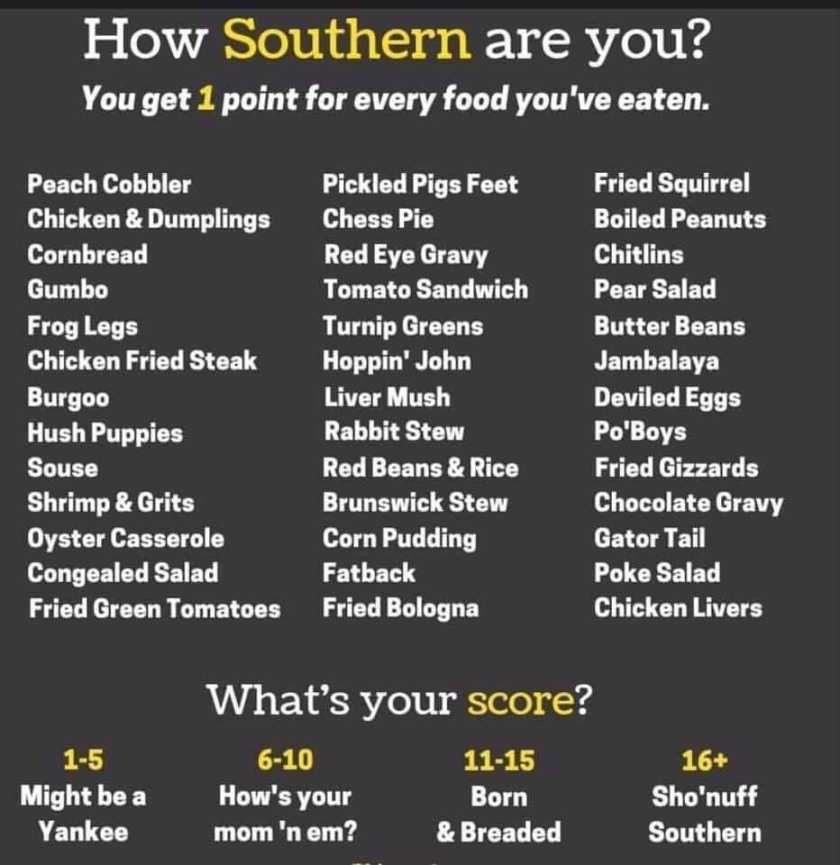 Not to brag, or anything, but I scored 25 points, making me Sho’nuff Southern. Some of the foods listed I tried just for the heck of it and never indulged in them again–namely shrimp and grits which I find disgusting, unlike cheese grits which can be divine, and chicken livers–a delicacy my mama loved and insisted I sample. All I have to say is ewwww.

My daughter noted that fried okra, our very favorite southern food was missing from the list. We made an executive decision to include it and awarded ourselves an extra point for having enjoyed this most wonderful of foods.

Only in the south can one take a vegetable and render it simultaneously delicious and unhealthy by breading and deep frying said vegetable. We do it with squash, as well. Oh wow, I guess fried squash needs to be on the list, too. One more point for me!

I’m fairly adventurous when it comes to foods, or was until I embarked on a plant-based diet, but there are certain foods on the list that I have not and can, with a certain amount of certainty say, will never eat, including redeye gravy, liver mush (!), and pickled pigs feet. I shuddered just typing them.

What foods are typical of where you live? I know I tried haggis when I visited Scotland, and enjoyed scones with clotted cream in Ireland. Mainly there I had the beer, though. That’s an international food I can support wholeheartedly.

27 thoughts on “Okra, Fried not Boiled”