Netflix might be addictive. After Studly Doright and I semi-binged both seasons of MindHunter, we looked at each other, and simultaneously asked, “What next?”

So many recommendations have been offered that we are almost overwhelmed. Having watched a couple of episodes of Stranger Things at a friend’s house, I knew I wanted to watch that series, and was fairly sure Studly would like it, too. We are several episodes in, and enjoying it, even though it’s a bit too scary for my husband’s taste.

Studly had to be out of town most of this week, and I couldn’t very well watch Stranger Things without him, so I chose a series I didn’t think he’d be crazy about, namely Grace and Frankie.

In two days I’ve watched two seasons. It’s so good that I can’t find a stopping point. Studly will be home this afternoon, so I know I’ll have to put it on a back burner for a few days. But, until he arrives, no phone calls. 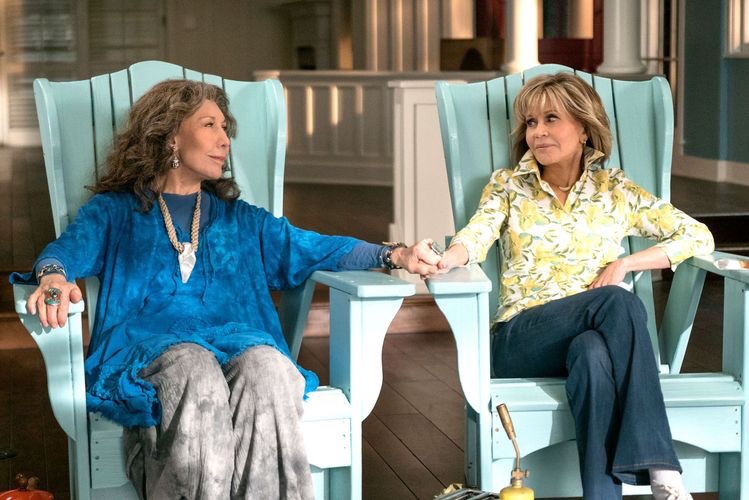 11 thoughts on “Grace and Frankie”