Some days this semi-retirement gig is a drag. Most days I have more than enough to keep me busy, but some days, like yesterday, I find myself suffering from the worst kind of ennui. At ten a.m. I was still in my pajamas, wondering what to do with my day.

Since I know in my heart I have a really good thing going, I shoved that boredom to the side, then showered and dressed while deciding to head to a place that’s always good for a bit of fun, a place called The Other Side of Vintage in Railroad Square.

As I walked around the huge thrift shop I kept saying to myself variations of the phrase, “Well, that’s odd….” After the fifth or sixth time I realized I had a blog post in the making and began snapping pictures.

As is this kimono wearing piggy faced unicorn.

And how about this Rastafarian banana sharing space with a Dia de los Muertos plaque? Olé, mon, have a nice day!

And the Elvis Bears weren’t as odd as they were cute. Obviously from Elvis’s chubby period.

These pelvic themed leggings certainly qualify as odd. I came so close to buying them.

Not odd at all, but gorgeous. I think she might be modeled on actress Gene Tierney, even though the actress was a brunette. Does anyone know?

This is definitely on the odd side. It’s some kind of short jumpsuit with a long kimono type garment attached. Can you see me wearing it to the local Publix? Très chic, baby! 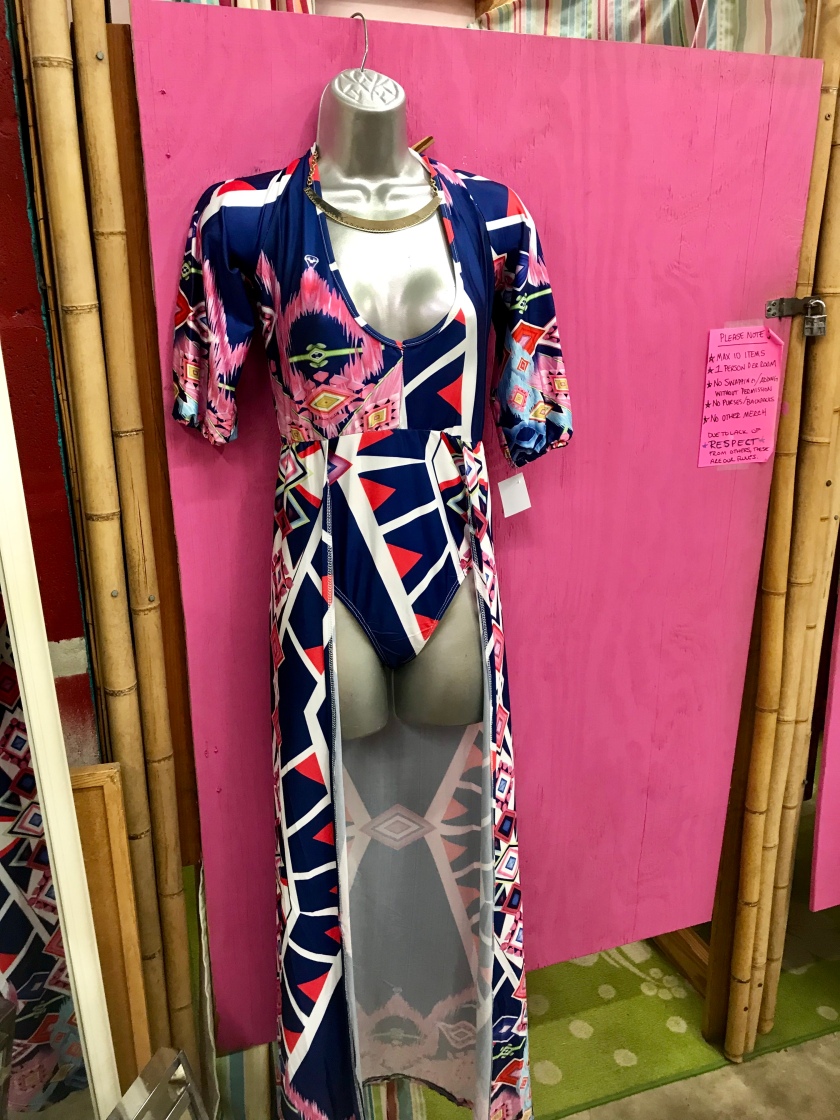 The tableau below needs very little commentary, but I’ll provide some anyway. We have Erkel, keeping company with a pair of nuns, next to a display of Pinocchio and sunglasses, with a Pikachu hat-wearing mannequin dressed in an OutKast T-shirt as background. Absolutely normal, right?

Then there’s the Last Supper fan with a couple of flasks. Water into wine, anyone?

Last, but not least, I was drawn to the delicious weirdness of Jesus holding court over Camel, the Game, on the same platform as a salt lamp. 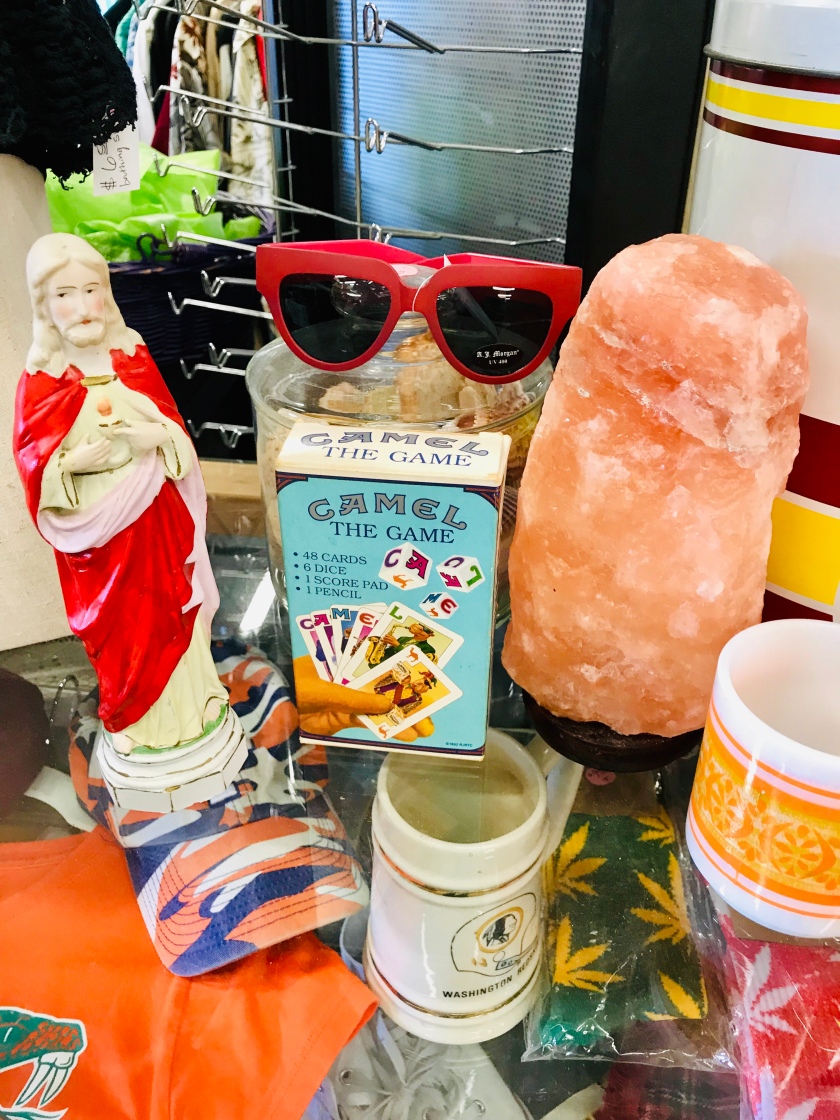 I made one purchase; although, it’s not pictured in any of the photos above.

Years ago I donated all of my Harry Potter books to a school library. Now, after finding the first book in the series, I’ve decided I’m going to track down every book, in order of publication, and add them to my book collection. That’s not too odd, is it?