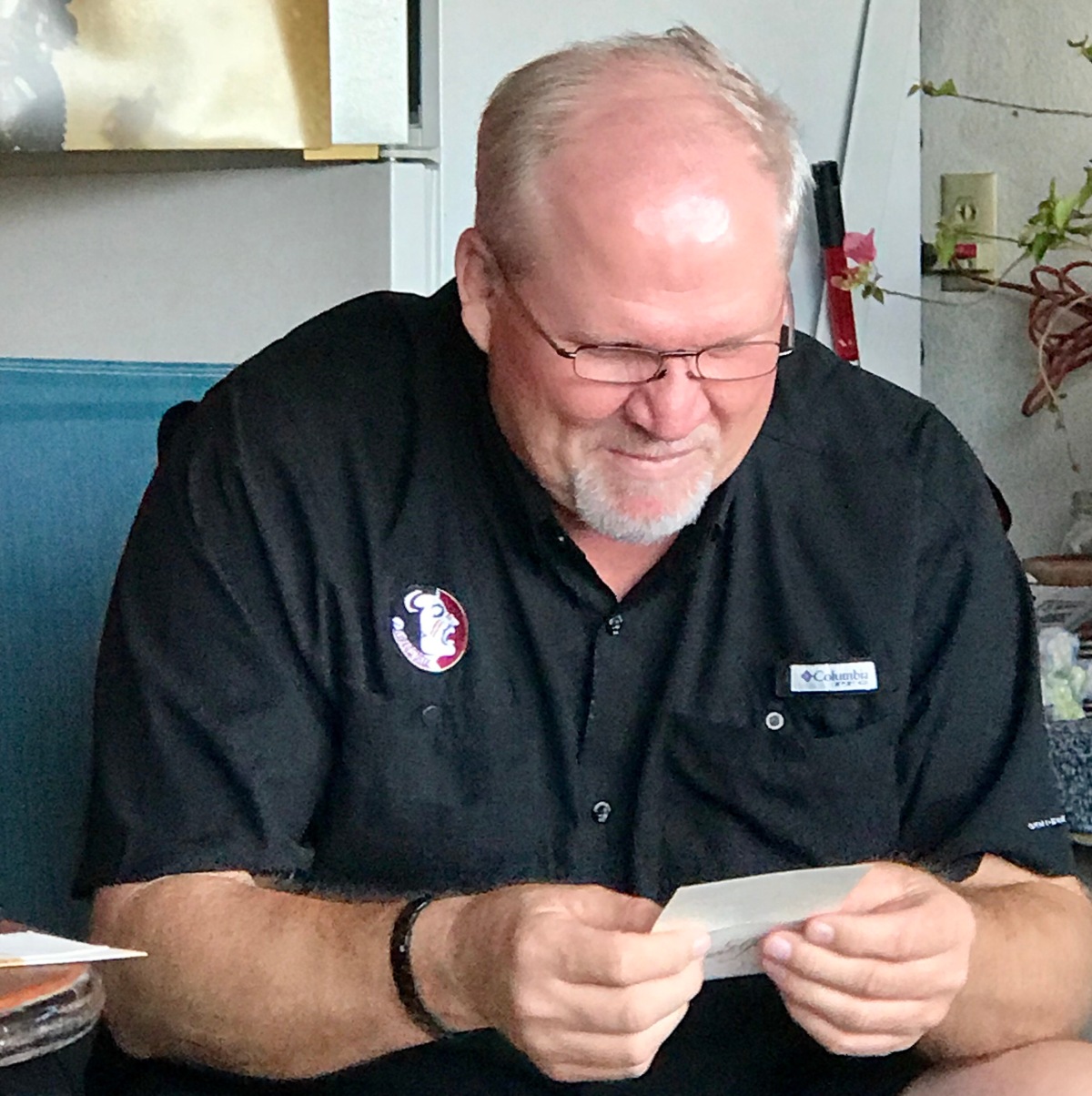 Studly Doright (aka David Noyes) seemed to enjoy his birthday celebration on Thursday. After an outstanding Thanksgiving feast orchestrated by his mother and sisters, we settled in to fete Studly as he prepares to enter his sixth decade on earth.

First our son, Jason, emceed a game show pitting our five grandchildren against Studly’s four siblings in a quest to see which group knew more about Studly. I’m not sure which team emerged as the winner, but we all got a kick out of the questions and accompanying vintage family photos that served as clues. 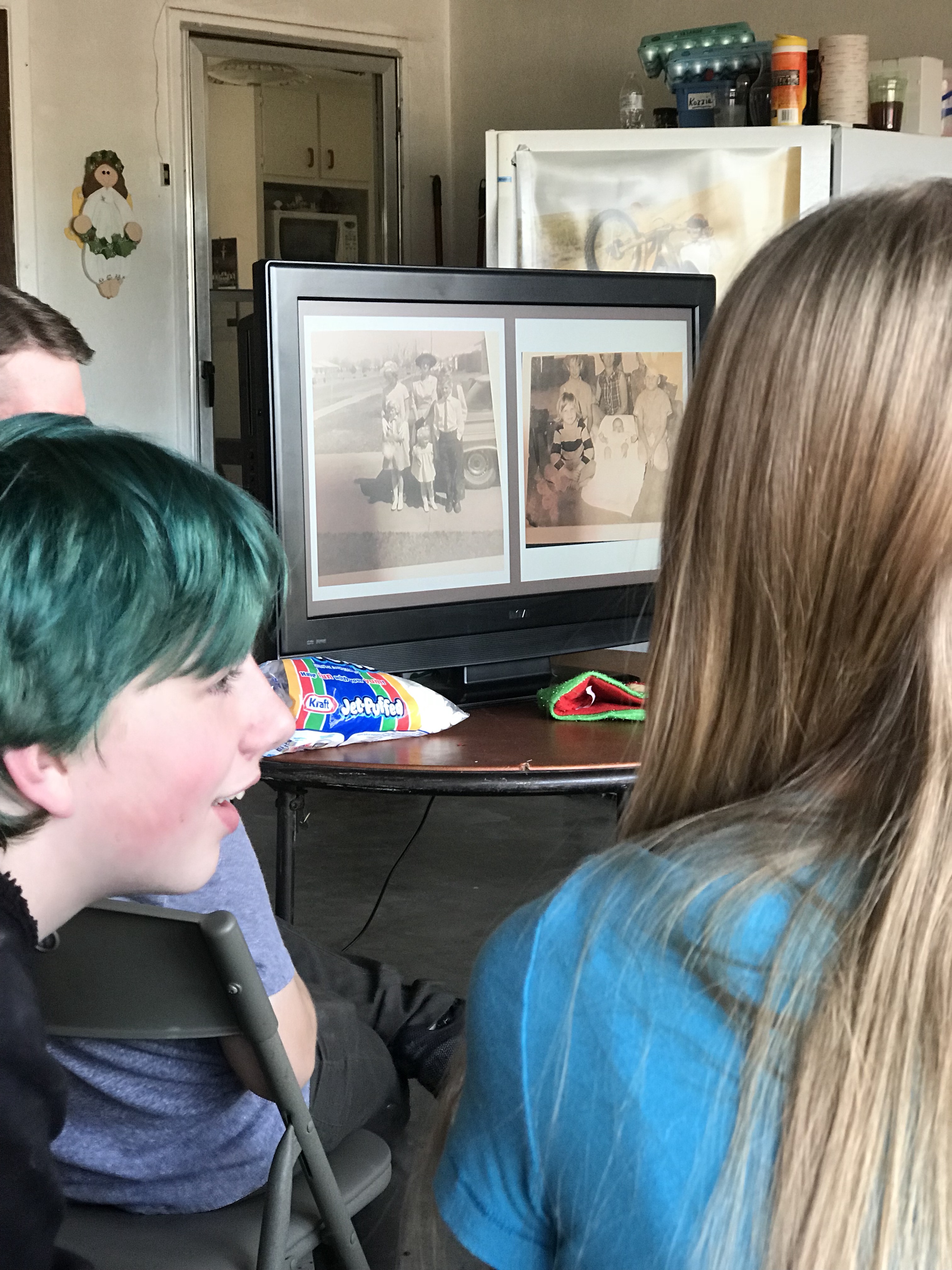 (Above, our two oldest grandkids, Garrett and Dominique, discuss their team’s answer.)

Our daughter, Ashley, led us in an activity called, “You might be David Noyes,” in which participants had an opportunity to share humorous recollections about the guest of honor in a format similar to Jeff Foxworthy’s “You might be a redneck.”

The contributed memories had everyone in stitches. I can’t remember many of them; I was laughing too hard. One I shared was, “If you ever tried to claim gravy is a liquid to justify eating it while prepping for a colonoscopy, you might be David Noyes.”

The grandkids got a kick out of these revelations about their Poppa.

(Above, our youngest grandchild, Harper, listens as her Poppa explains one of the many shared stories. She might have been angling for a piece of the birthday cake, as well.)

Afterwards, Studly read cards from family and friends. He got a little emotional at times, declaring this was his best birthday ever.

Thanks to everyone who made it so special.