I’ve been watching the series “Years and Years” on HBO. It is chilling. 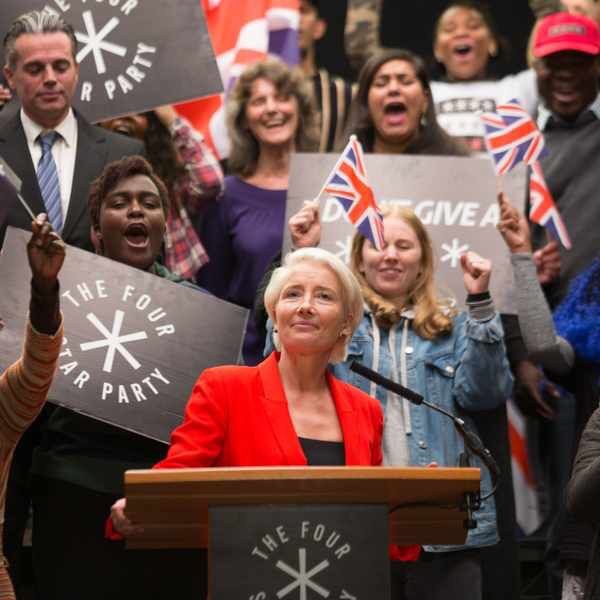 Set in a near future England, the series follows members of the Lyons family as they navigate the trials and tribulations of a world gone mad. Emma Thompson plays a maverick, trump-style politician whose “England first” stance takes hold in the aftermath of a nuclear attack on China.

I was hesitant to begin watching “Years and Years” because I feared it would depress me even more than trump’s presidency already has, but in a weird way, the series gives me hope. My takeaway? Humans find a way to adapt and survive. We’ve battled vermin before, and we will continue to find ways to overcome.

Anyone else out there watching this HBO series? I need to discuss it with someone.

13 thoughts on “Years and Years”