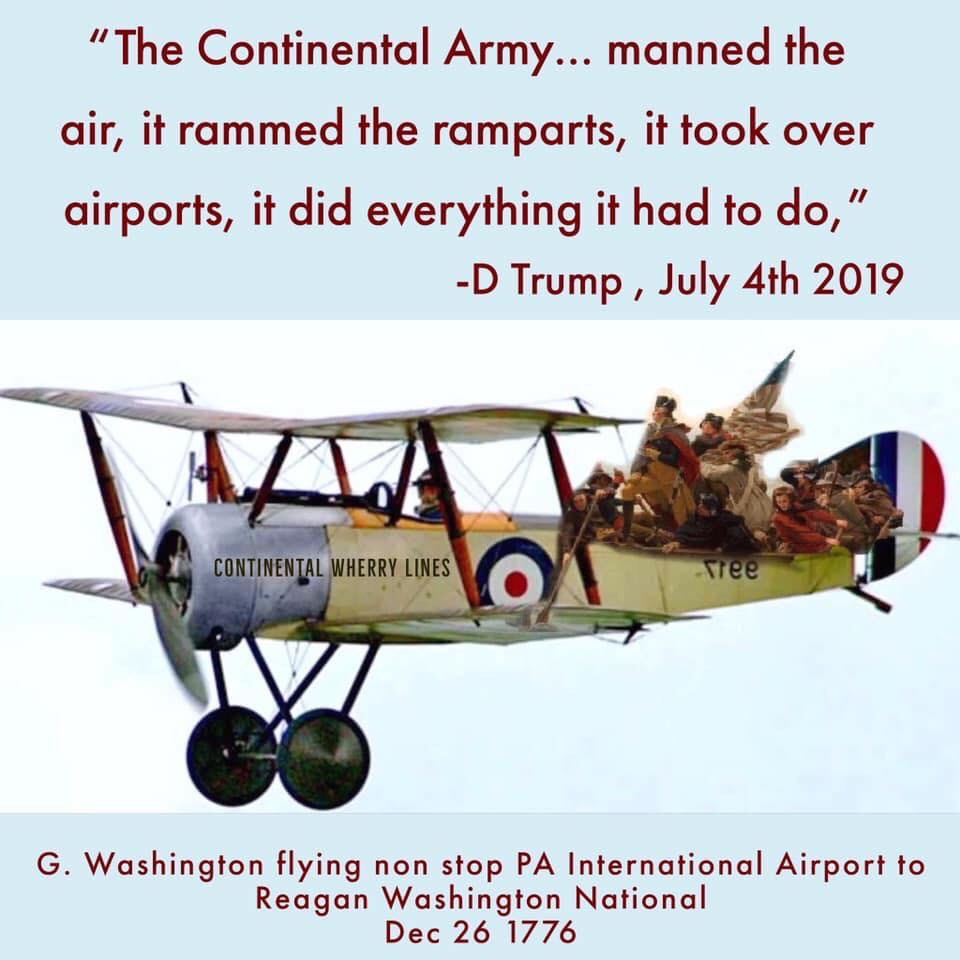 Just when we think that trump can’t get any dumber he says or does something so imbecilic that the bar gets lowered another notch or two. On the Fourth of July he managed to take his stupidity to a whole ‘nother level. I’d say it’s the basement, but he’d just prove me wrong again.

For those who didn’t hear his speech at his big 4Th of July, multimillion dollar extravaganza , let me share a portion of it it with you here:

The meme below says it all: 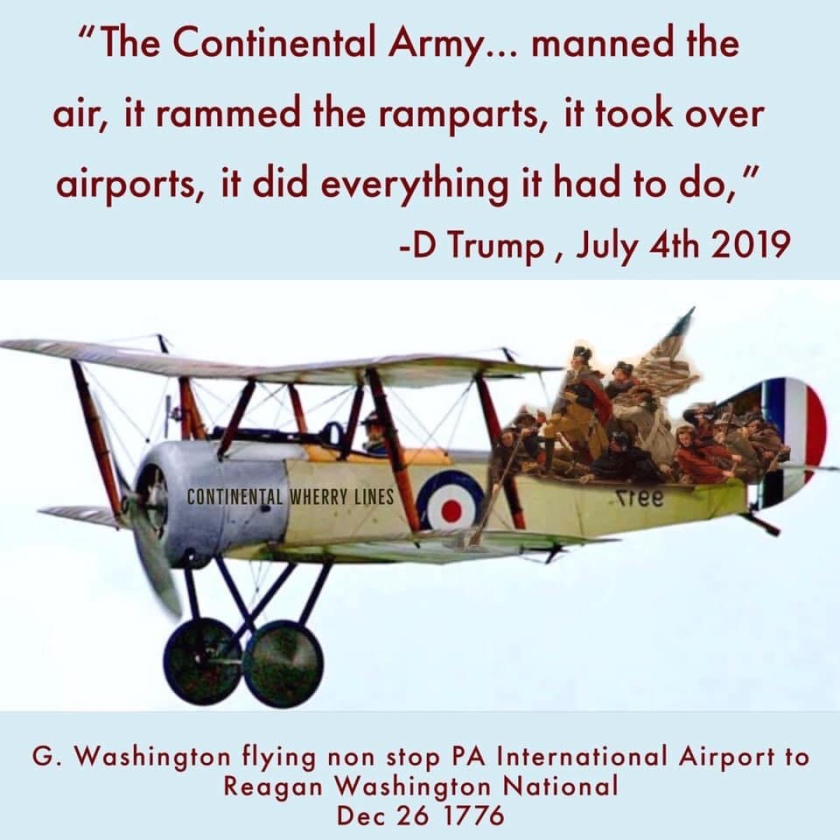 As you might expect, the internet had a field day with Trump’s stupidity. Here are some of my favorites. 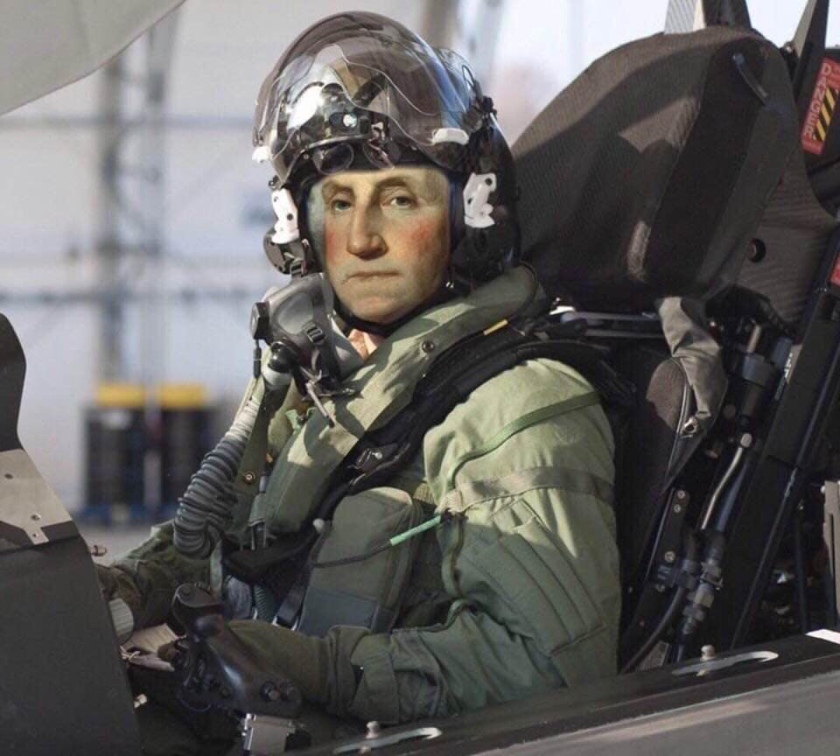 Leave it to General Washington, call signal Cherry Tree, to lead our forces from the air. 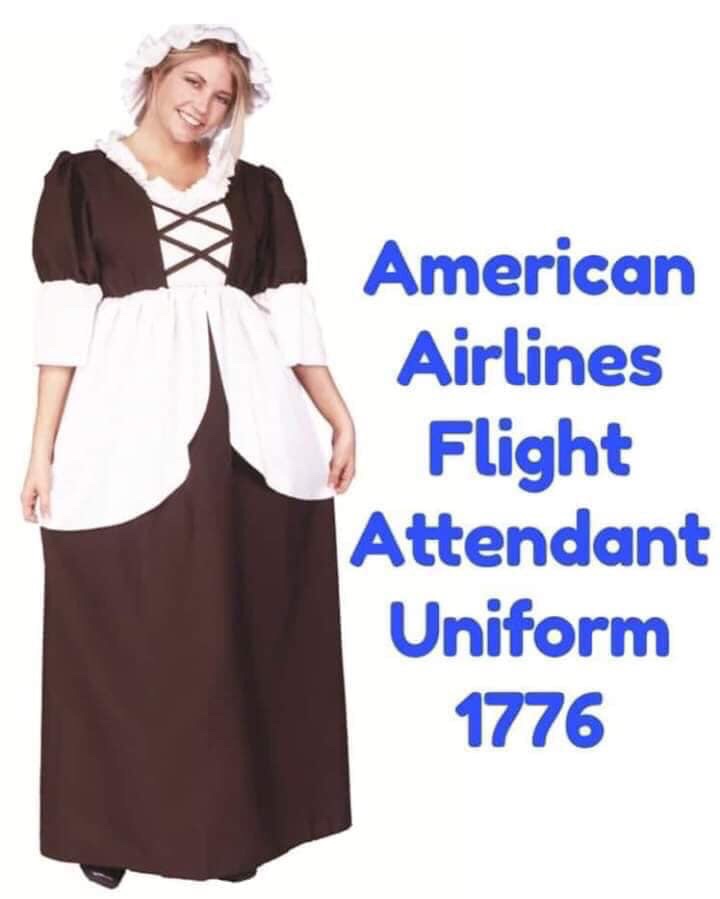 I wonder if the flight attendants had to ask passengers to place their electronics in airplane mode. 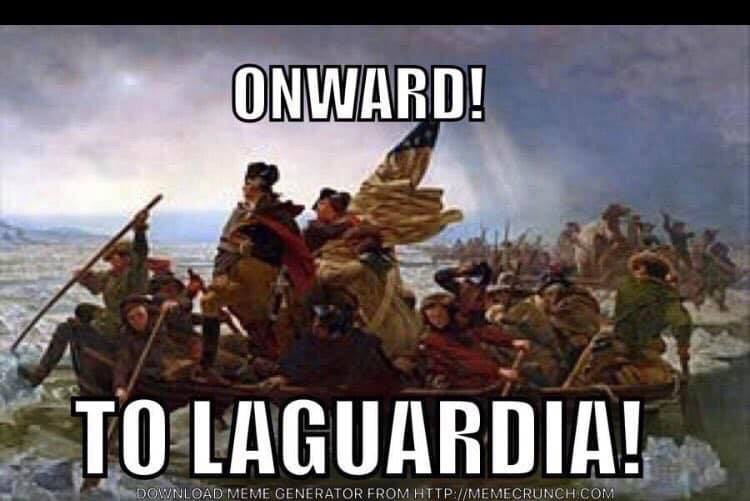 Or Newark, in a pinch. 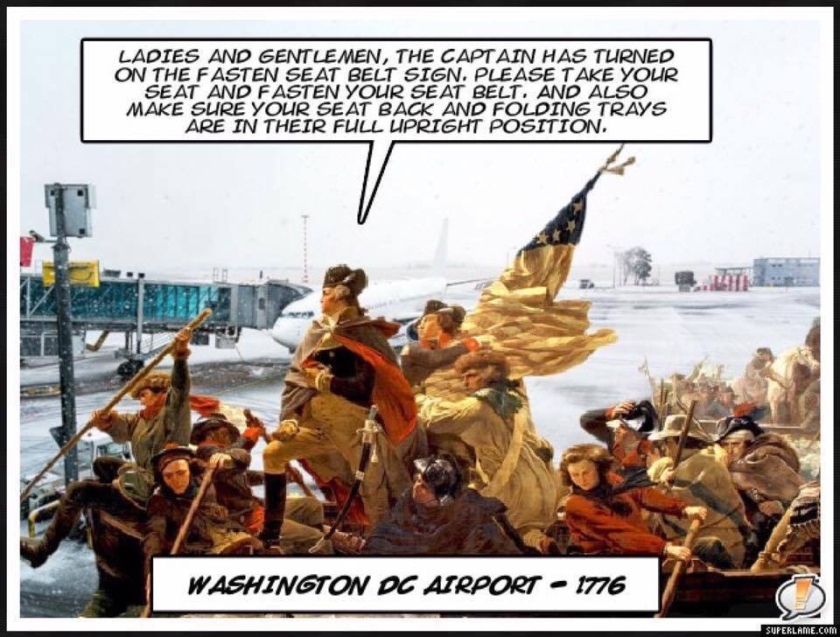 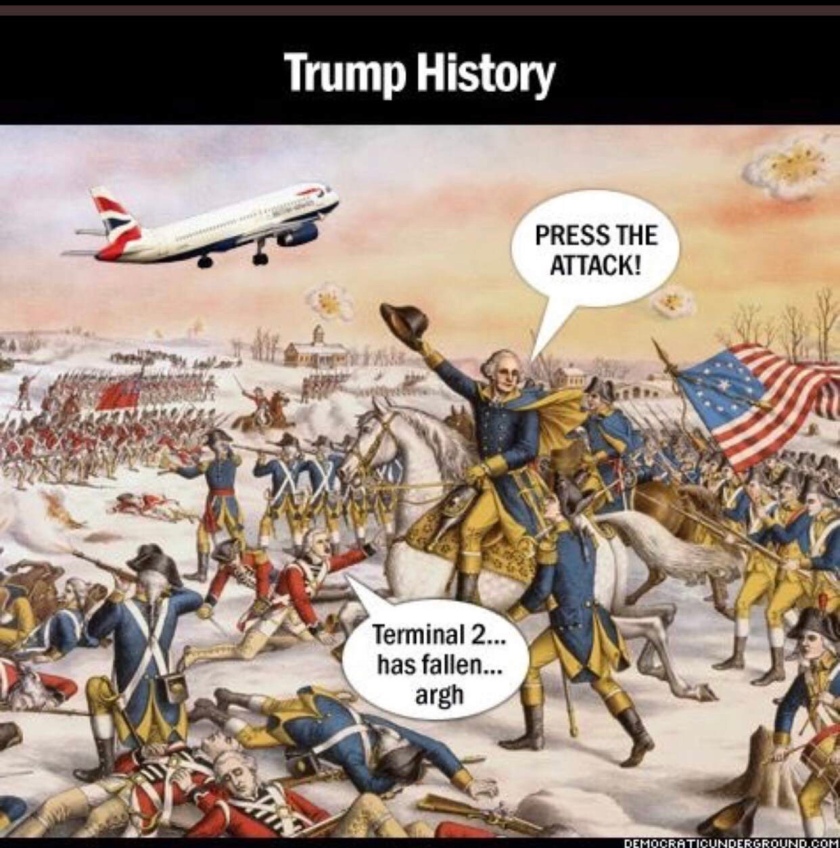 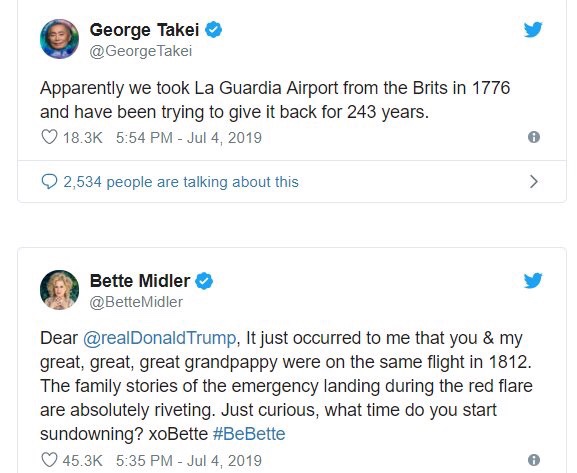 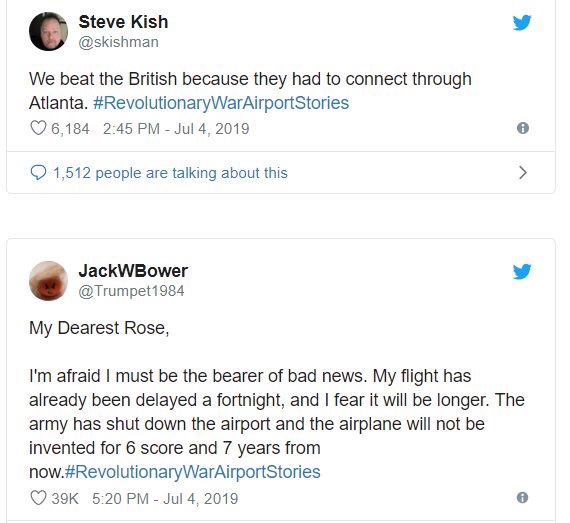 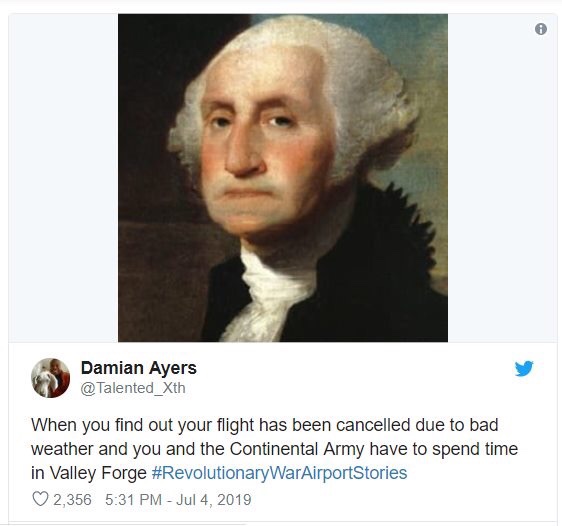 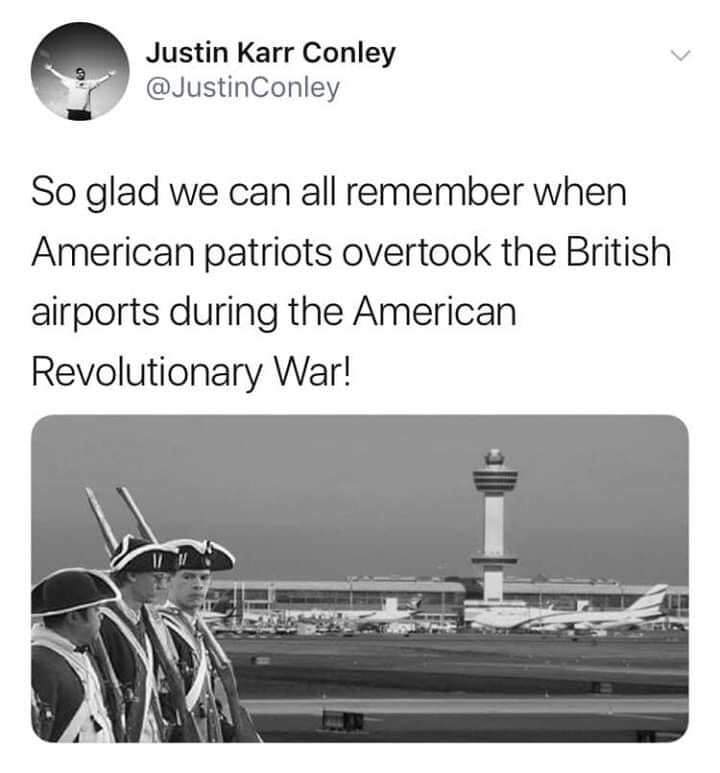 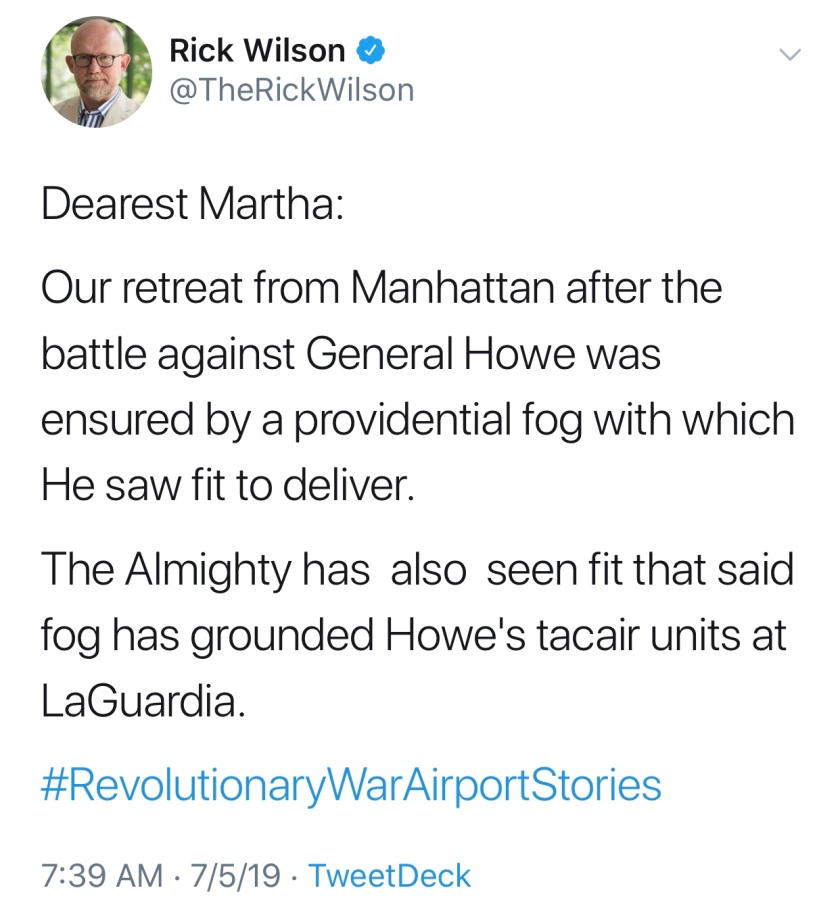 Of course Trump has blamed his gaffes on a TelePrompTer glitch. But didn’t he famously criticize his predecessor for using the TelePrompTer? 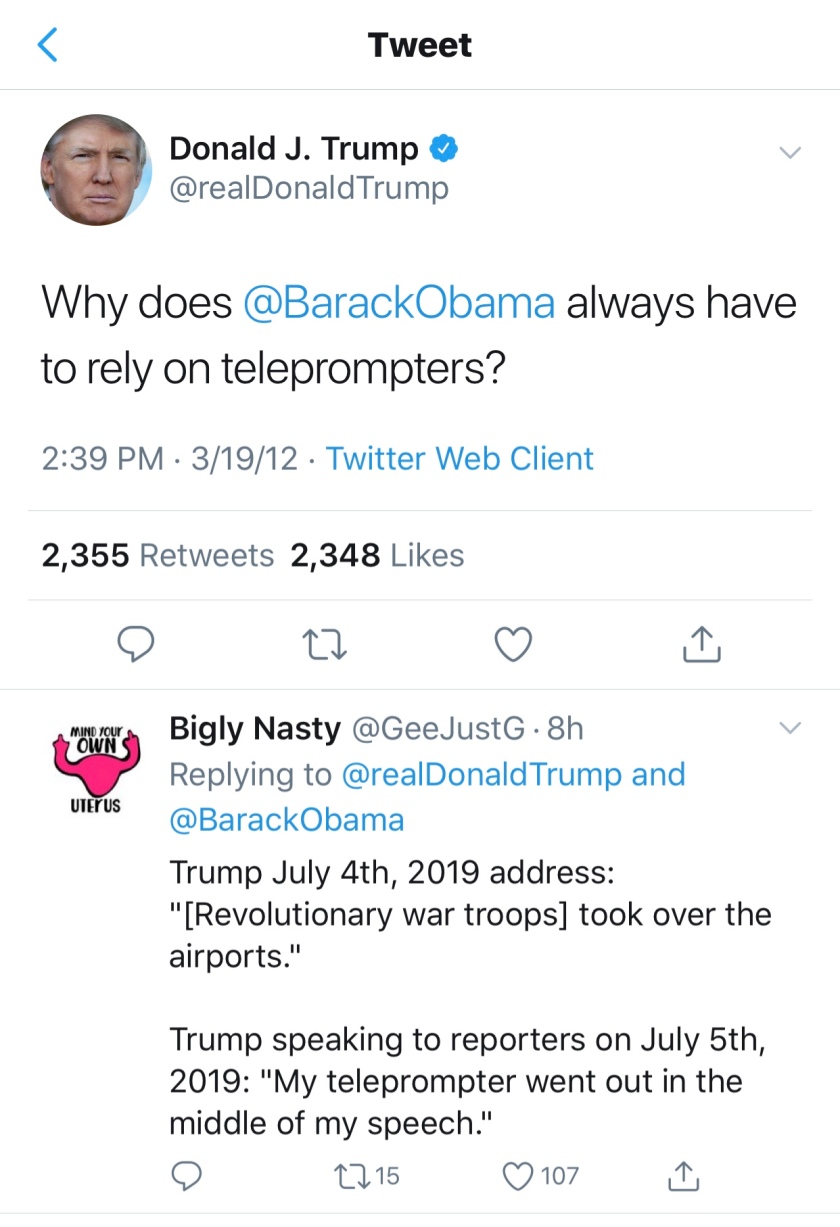 Seems like he also ridiculed Hillary Clinton for the same reason: 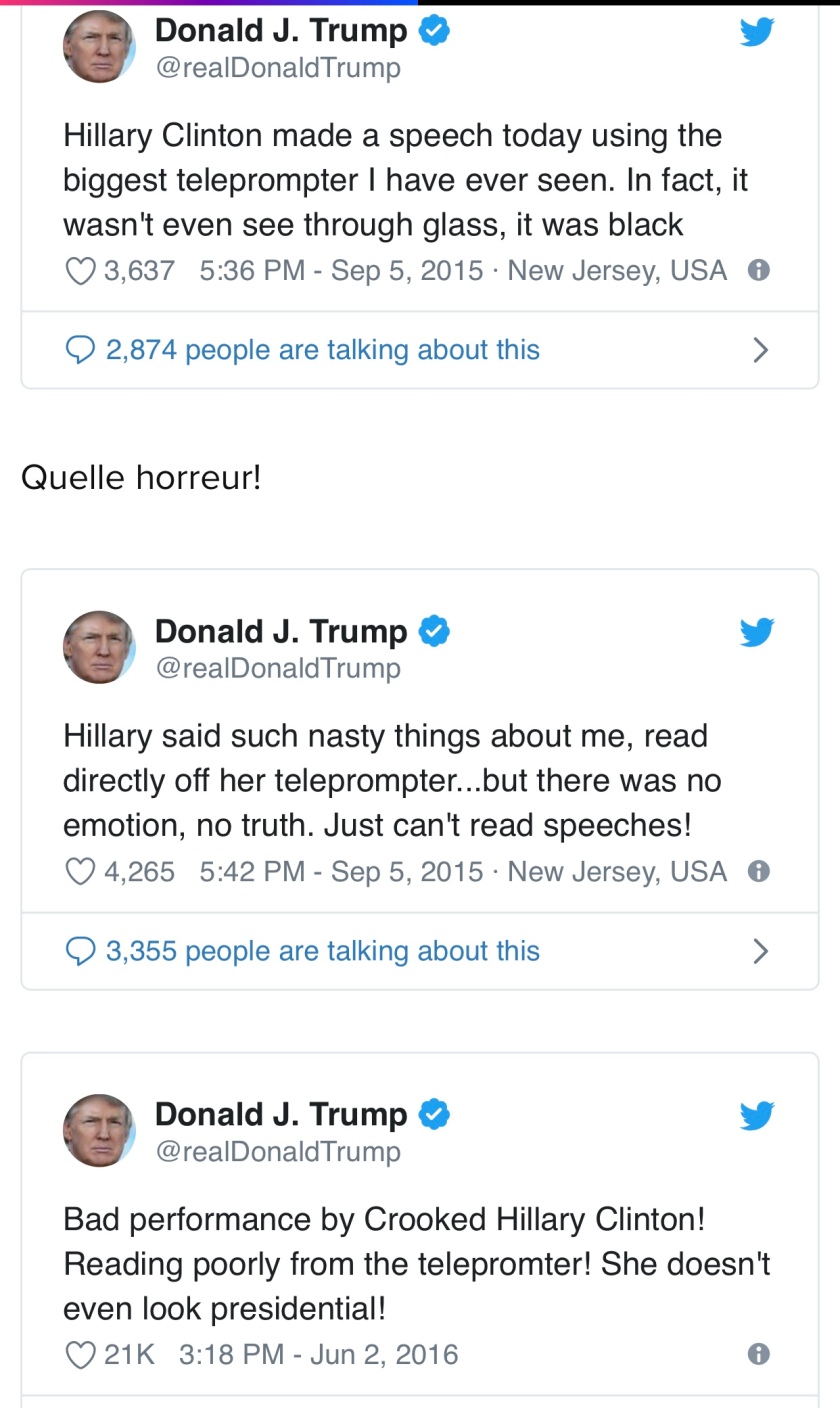 The truth is that Trump tends to go off script when he feels like his followers’ short attention spans are wandering. He’ll say whatever outrageous statements pop into his head just to rile them up. This week, it’s Revolutionary War airports. Next week, who knows? Martians invading through porta potties to help the North defeat the Confederacy? Hey, it could happen if the TelePrompTer goes out again.