I enjoyed (🤪) another of my sleepless nights last night, so my brain is devoid of any meaningful content. Who am I? Where am I? Both questions for another day when I’m better rested. Fortunately I have some loose ends that I’ll try to tie together for a blog post.

The first loose end is fittingly about threads. Namely, what’s up with the construction of this garment? 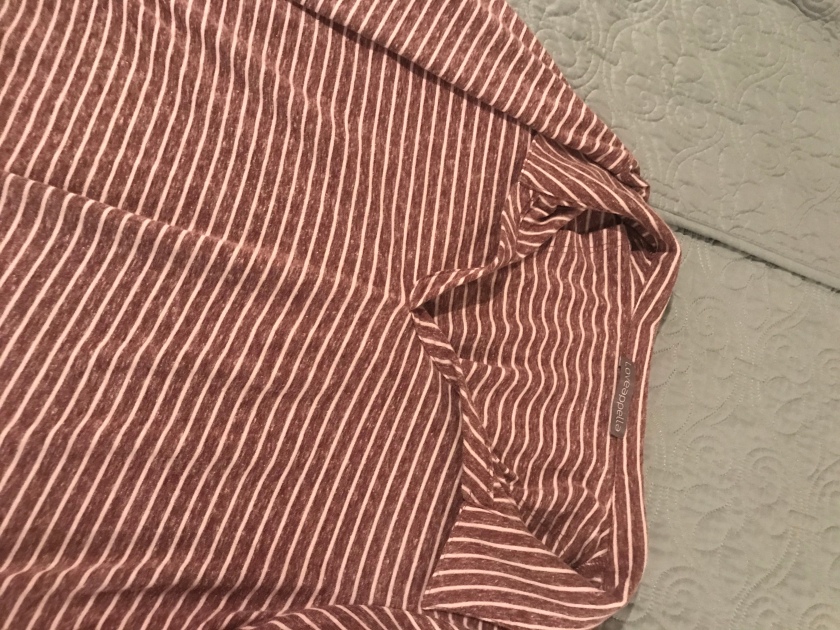 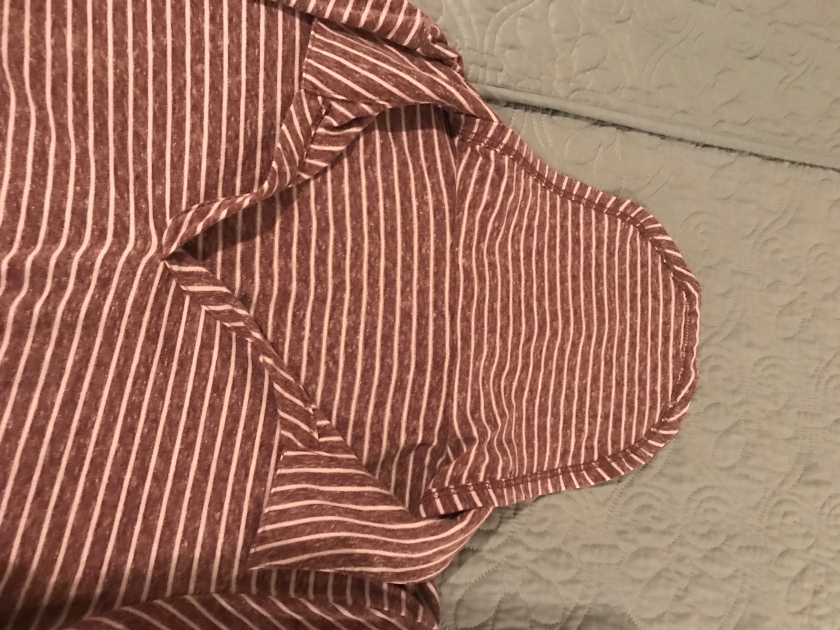 The top photo shows it with the facing tucked in as it should be when worn. Guess who wore it with the abnormally long facing hanging down over my collar not once, but twice? If you guessed me, and who didn’t, you’re absolutely right.

Until a pajama clad woman in Walmart called it to my attention I had no idea this flap was just hanging around back there. And that was the second time I wore it that way. Go figure.

What kind of sadistic ass makes a garment in this manner? What is this excess fabric’s purpose? It’s difficult to position the facing correctly even when I remember to do so. Was it meant as a means of humiliation? A test of flexibility? I may never know. On the other hand, the garment is soft as butter, so I’ll continue to wear the blouse. Would it be permissible for me to cut out the excess?

The next loose end is a cartoon I came across on Facebook. I added the comment, “And this is why we live in a single story home.” 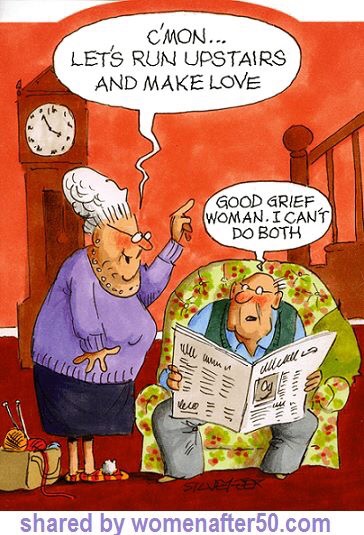 My daughter thought that was way too much information. She’ll be more sympathetic when she’s 62. At least I hope she has reason to be.

The third, and perhaps final, loose end is going to be controversial: I saw the new Mary Poppins and was a bit underwhelmed. 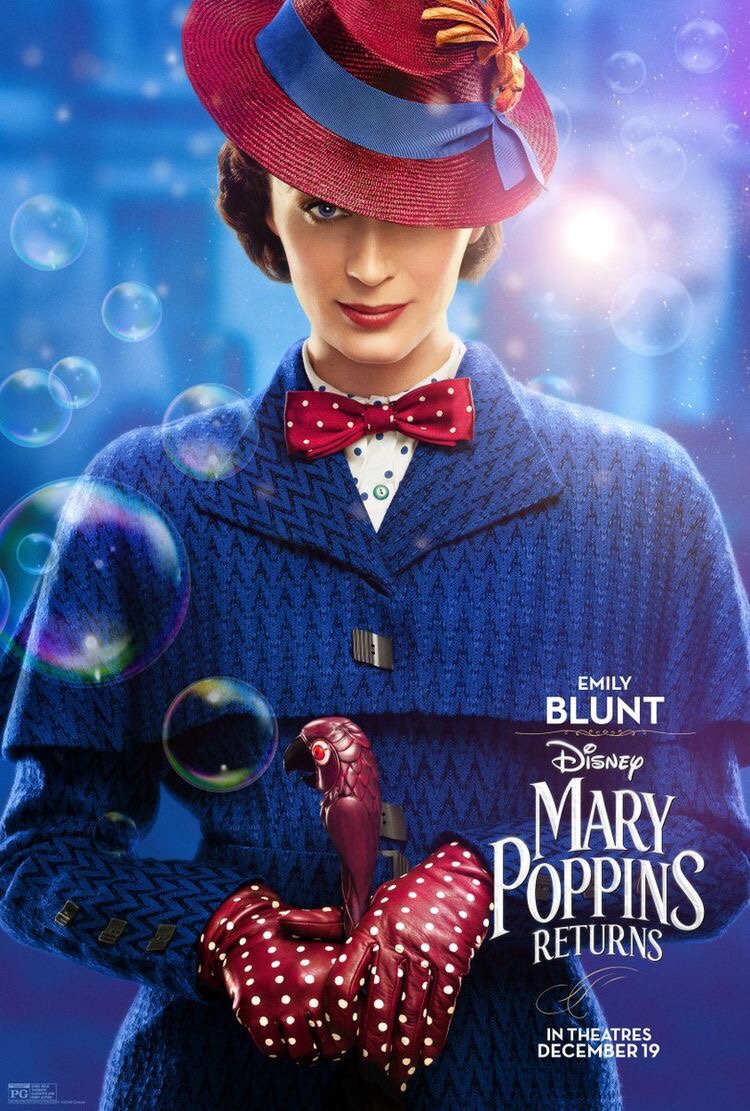 Don’t get me wrong, though. I thought the acting was very good. Emily Blunt was fantastic as Mary Poppins. Lin-Manuel Miranda was handsome and lovable as a London lamplighter, and all of the other actors were spot on.

So, what’s my problem? I found the music lacking a certain spiffiness. There’s nothing in the new film to match the wittiness of “Supercalifragilisticexpialidocious,” or the sweet sorrow of “Feed the Birds.” There’s no equivalent to the bouncy “Spoonful of Sugar” or to the hilarious “I Love to Laugh.”

I could tell they were trying to bring about the same vibe, but I think that might’ve been part of my dissatisfaction. Maybe if I’d never seen the original (9,999 times) I’d be more enthralled by the music in the sequel. It’s still a wonderful movie, and maybe I’ll change my mind. Peer pressure might work in this case. Put your arguments forward.

Thanks for sticking around to the end.