Studly Doright and our son, Jason, spent the past three days playing in a member/guest golf tournament at Prestonwood Country Club in Dallas, Texas, while I did some shopping and spent time with the Texas grandkids. After the first day of the tournament my guys were third in their flight. On day two they took the lead, and on the third day, Jason sunk a six-foot putt to win their flight in the tournament on the first hole of a playoff. Exciting stuff!

The tournament culminated in a dinner for players and their guests at the club. Since my daughter-in-law was out of town for the weekend, I was on my own with these two chumps, er, champs for the event. 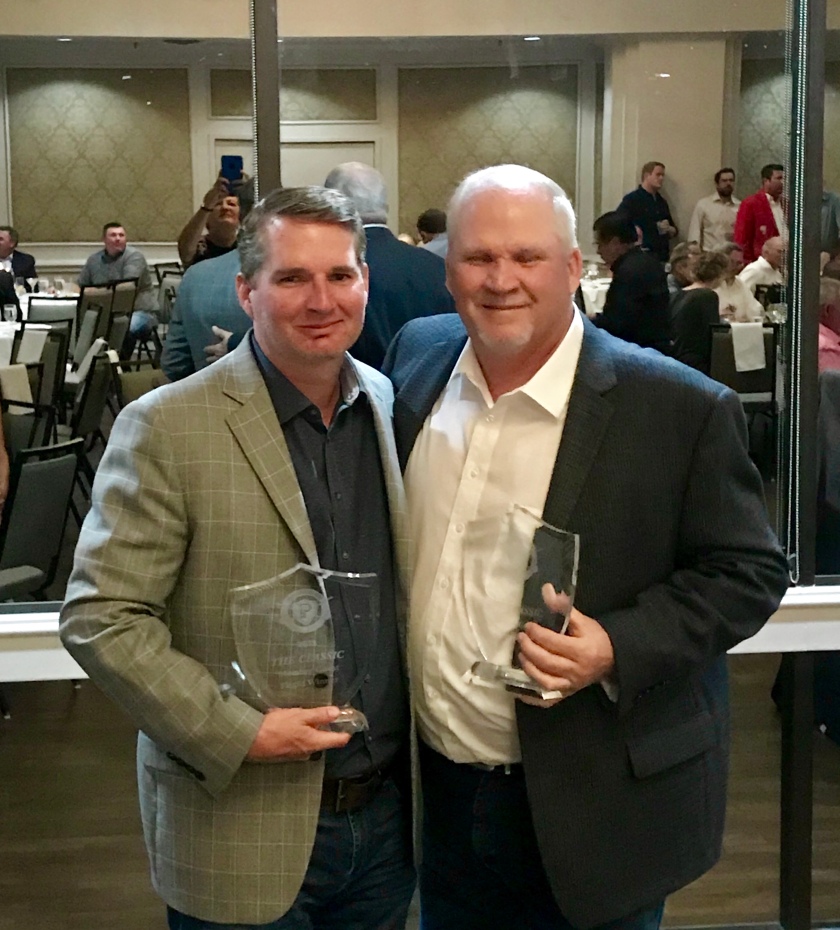 Studly had his eyes closed, but I still love this photo of these two. 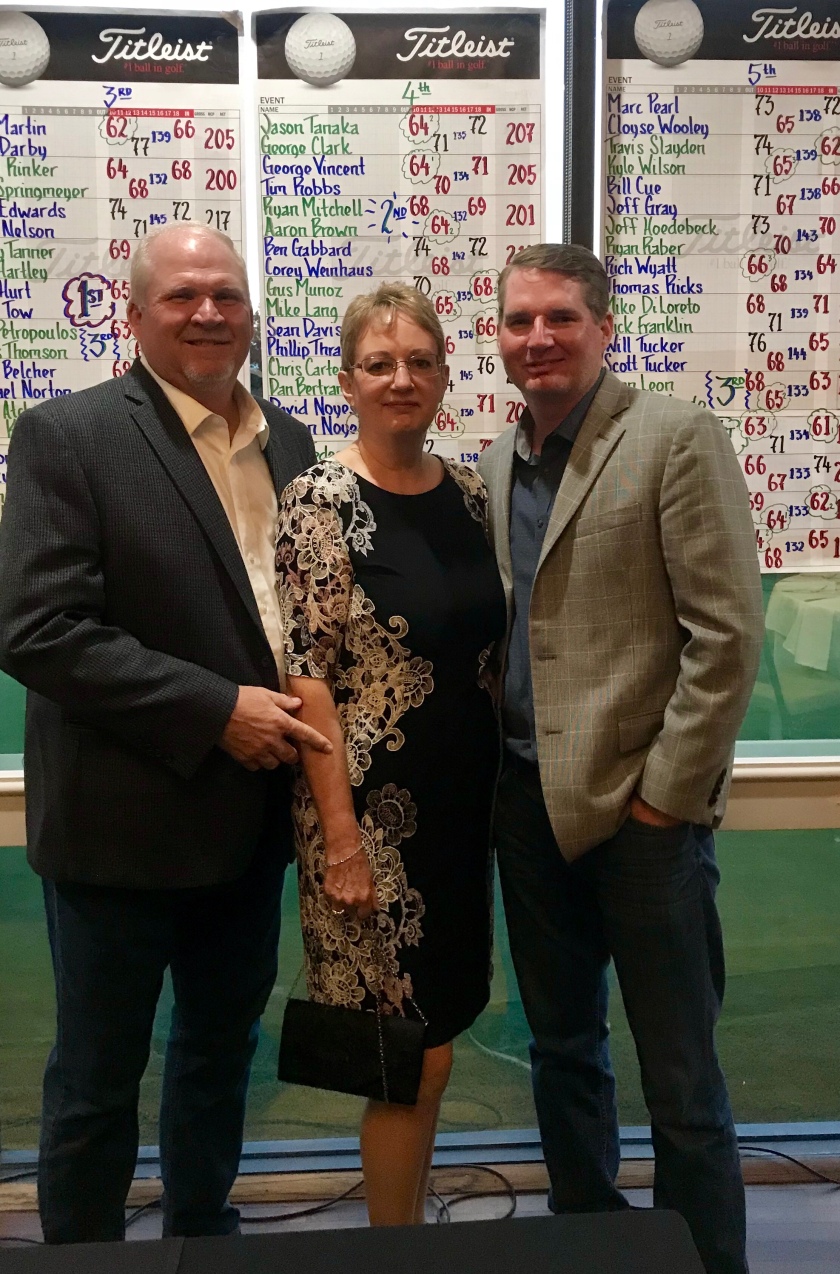 Those who read my posts know I’m not a dressy kind of girl. It’s almost impossible to get me out of flips flops, but guess who wore heels on Saturday?

Yep, these are my actual feet.

We had a lovely time at the dinner. The menfolk received a great many pats on their respective backs and I basked in their reflected glory. It’s good to be queen.

Studly will leave Dallas on Sunday morning, but I’m hanging around for a few more days of fun with Jason and his family. I’ll miss this guy, though.

20 thoughts on “The Lady Wore Heels”