This morning while Studly played for the final day in his club’s golf tournament I decided to take myself to brunch at the Canopy Road Cafe on Apalachee Parkway in Tallahassee. It’s a bit of a drive from Doright Manor to this cafe, so I had plenty of time to listen to an entire episode of NPR’s RadioLab on Sirius/XM.

The segment that gave me pause was one about a music conductor who suffered an illness that resulted in him having the worst case of amnesia ever recorded. He literally could not remember what happened from one minute to the next. He attempted to keep a journal at the urging of his nurses, but the entries went something like It’s 8:02 and I am fully awake. This was followed by, It is now 8:03, and I’m truly awake. Then, It is 8:04 and I am awake!This pattern continued until something else occurred in his routine.

Since I was driving I didn’t write down his name, but I do remember that of his wife, Claudia. I remember because she was one of only two touchstones in his life. He might not always remember her name, but he lit up when he saw her and he wanted only to be near her, to kiss her, and to enjoy her hugs.

He also remembered how to read music and could sing lyrics to familiar songs. Claudia brought his choir members to the facility in which he lived, and her husband was able to conduct their performance as if nothing had ever changed.

All I could think of as I ate my omelet this morning was what would I remember if inflicted with a similar fate. Would it be Studly Doright’s face? Those of my children? Would it be my favorite books or movies? What would survive an almost complete memory loss? 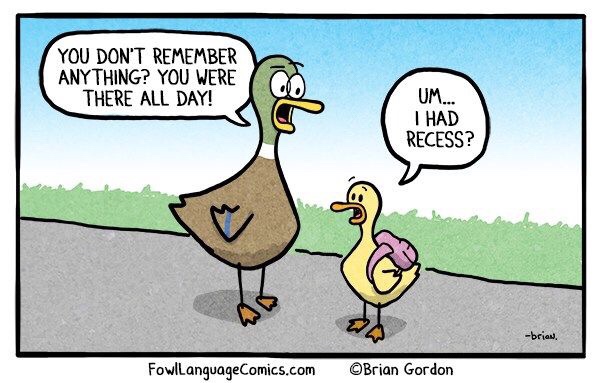 There’s no way of knowing, of course, and I hope I never have to deal with Alzheimer’s or dementia, or any other memory stealing event. Still, maybe I need to begin reinforcing pleasant memories. Note to self: Give Studly a big hug and kiss when he returns from golf today.

What do you think you’d remember? Are there things you wouldn’t mind not being able to recall? That’s dangerous territory.

9 thoughts on “What Would You Remember?”