A few days ago I read a hilarious post by a blogging friend. Here’s the link for her “I May Have Clothestraphobia” post:

Reading the blogs of others is one of my favorite things, not only because they make me cry, or laugh, or think, but because they often remind me of events in my own life that might be blog worthy. Ellen’s post above took me back to a bout of “clothestraphobia” of my own.

There was a time when I was very slender. Indeed, I was Twiggy before there was a Twiggy. Well, I wasn’t that cute, and I had no major modeling contracts, but otherwise, we could’ve been twins. Maybe not, but trust me, I was skinny. 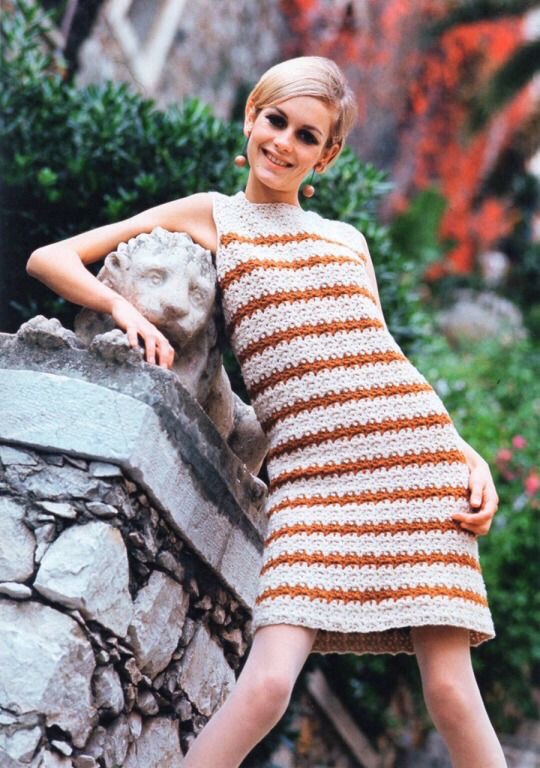 I’m fairly sure this is Twiggy, but it could’ve been me.

Then I had two children two years apart, and I wasn’t so skinny anymore, but part of me still thought, and to this day still somehow believes, that I was/am skinny. I have a really bad case of backwards body dysmorphia that often affects my choices in clothing.

When our kids were in elementary school and junior high Studly Doright and I were heavily involved in their youth activities. We coached both in various sports, but mainly focused on coaching Little League softball and baseball. On some summer evenings we’d barely see each other as we’d run in from our respective jobs, and change clothes before running back out the door to take our daughter and/or son to practice or a game. On top of that, Studly coached an older girls’ softball team that our daughter wasn’t even old enough to play on. We were busy and having a blast.

“Now what does all that have to do with your clothestraphobia?” you might ask. I’ll tell you.

On one hot, sticky summer afternoon I hurried home to change clothes so I could be at our son’s baseball game. Studly had called me at work saying he’d be late, so I needed to be at the field within the next 30 minutes to get the lineups ready and corral the kids. He promised he’d be there before the umpire called “Play Ball!”

No problem. We lived in a small town and I had plenty of time to change, pick up the kids from the sitter, and get the ball rolling at the ball field. I hurried to the bedroom, discarding my button down top as I went. Halfway done, I now only had to take off the matching pull-on skirt. I loved this set. It was light blue with little flecks and the full skirt made me feel so feminine. So the waist might’ve been a little snug, (I still thought I was skinny, you know), but the skirt had deep pockets. I adore skirts with deep pockets.

Remember I mentioned that the day was hot and sticky. We did live in the Texas panhandle, after all. And also recall that I said the skirt was of the pull-on variety. There was no zipper, just a fixed waistband with a tiny bit of elastic on each side.

I first attempted to step out of the skirt, but it refused to go over my hips. Hmmm. Hadn’t I stepped into it just that morning? Maybe not. I scootched it up in an attempt to pull the skirt over my chest, but it wasn’t having that either. Perhaps, I thought, I could lower it a bit and get one arm inside the waistband. By this time I was perspiring profusely as I watched my time slip away.

There was no way my arm was fitting inside the now constricting waistband, but I did manage to get one breast out so now the whole shebang was hanging lopsided, and I couldn’t get it to move up or down. Now I couldn’t even consider just wearing the damned skirt to the game. I did the only thing I could think of with time running out. I fetched the scissors and awkwardly cut myself out of the skirt.

I cried as I did so, but I sacrificed the skirt I loved to be at my child’s baseball game. Statues may never be erected in my honor, but I took one for the team that day. I’ll bet Twiggy never did that.

18 thoughts on “It Happened One Sticky Afternoon”