Doright Manor where I reside with my husband of forty one years, is in a rural neighborhood about ten miles west of Tallahassee, Florida. We have a Havana, FL, address, but we are only slightly farther from Tallahassee than we are from the little town of Havana. On most days I drive into Tallahassee at least once to walk, shop, or sometimes to take in a movie.

The knowledge that Hurricane Irma will hit near us early next week has me feeling antsy, and even though I’ve already shopped for supplies I began to worry that I might have forgotten something. So yesterday I drove over to see the movie “It!” and followed up with a trip to a Publix grocery store.

My hope was that I could purchase some canned meat meals, such as tuna or chicken with crackers and mayonnaise, that require no refrigeration. I’d looked a couple of days ago, but the store was completely out of those items. The clerks thought they’d get some more in before the storm, so I deemed it worth a trip.

Here is what the canned meat aisle looked like:

I wasn’t even a little bit tempted by these delicacies:

Canned squid! Who knew? I just know I’m not that desperate.

The store was busy, but the mood was generally buoyant, even though now it looks as if Tallahassee will get a bigger piece of the storm than was previously predicted. 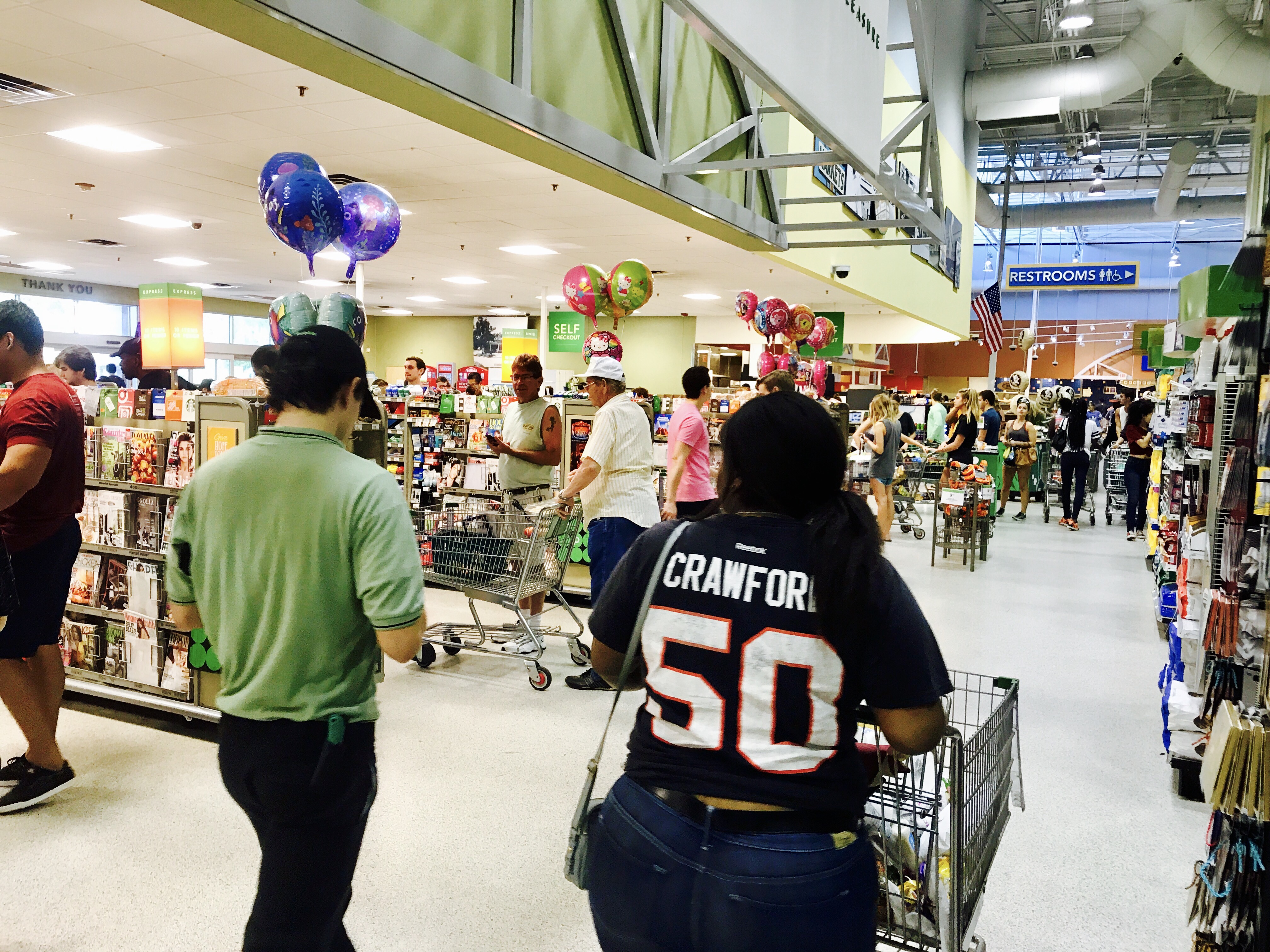 Studly Doright and I still aren’t sure if we’ll evacuate ahead of Irma. I’m leaving the decision up to him. I call him Studly Doright for a reason, so I’m in his capable hands.

Please send good vibes out to all those in the direct path of the storm, especially to one of my British blogging friends and her husband who are vacationing in Florida. They had to evacuate the Keys and may have to go to a shelter in Miami if their hotel has to be vacated.

Thanks for reading. I have absolutely the best followers. Peace, people.

49 thoughts on “Not that Desperate”

My Tweets
View from the Back