Studly Doright and his golf buddies played the beautiful course at Old Head on Sunday, not far from where the Lusitania was sunk off the coast of Ireland in 1915, having been torpedoed by  German forces.

The course, according to Studly, featured an abundance of hazards and a flair for the dramatic. All along the fairways signs advised players to abandon any balls that fell too close to the cliffs lest players find themselves tumbling down the rocks into the Atlantic. I’m pleased to report that all eight men returned safely to the clubhouse. 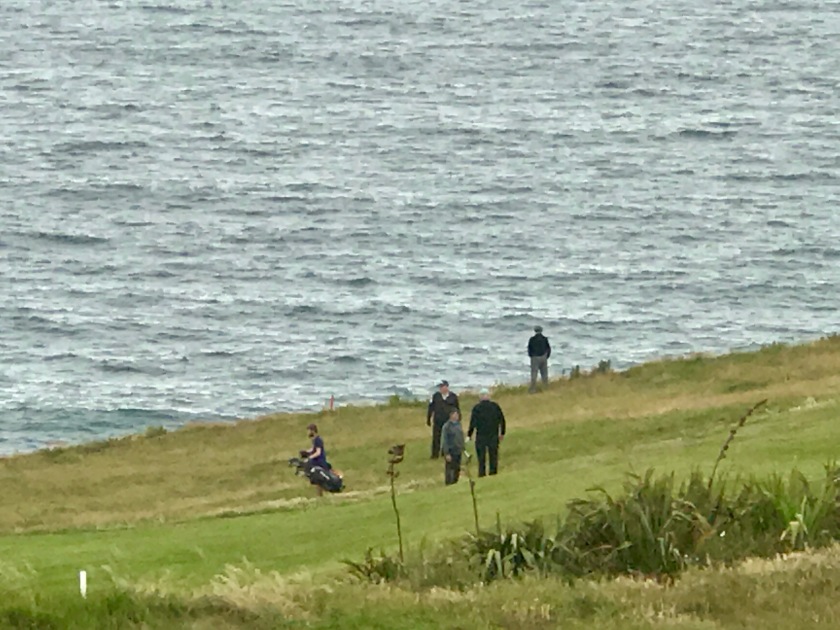 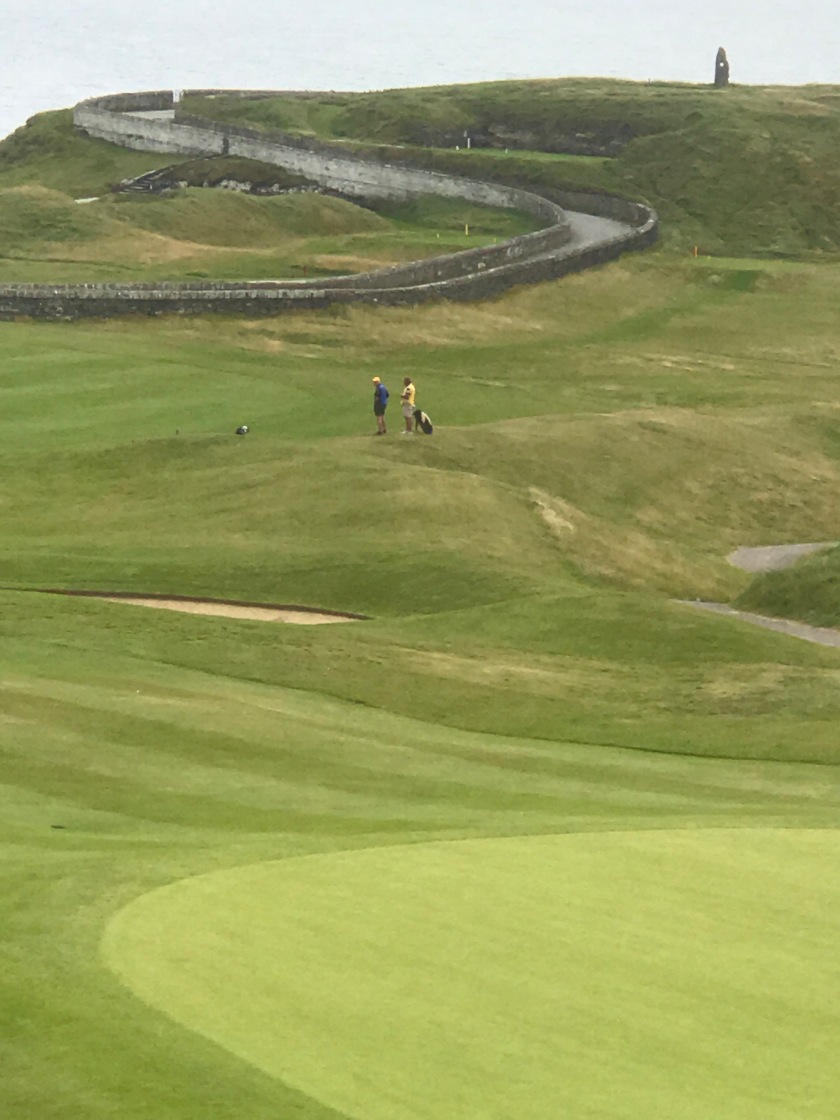