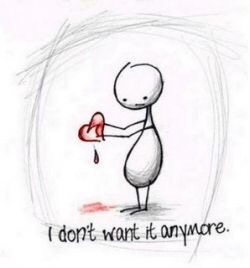 When our daughter was around four years of age she told me that sometimes it made her heart hurt when she didn’t get to see her great-grandparents. Of course, as her mom I was deeply moved by her expression of love. Her heart HURT.

Our family adopted this saying and we use it when something or some circumstance feels fundamentally wrong. My heart hurt when we moved away from family and friends in our native Texas to begin an adventure in North Dakota. It hurt, broke really, when my mother died, and again when we lost my dad.

All of my experiences with a hurt heart have been deeply personal, and I never use the phrase frivolously. So when I say the impending departure of President Barack Obama hurts my heart maybe you’ll understand how much I’ve admired him, his intelligence, his measured response to every challenge.

And when I tell you that the prospect of a Trump presidency hurts my heart, you’ll know that I don’t use those words carelessly. I believe we have unleashed a powerful force for evil and corruption on this country.

10 thoughts on “My Heart Hurts”