Brilliant and informative as usual. Notesfromtheuk.com

Notes from the U.K.

When I last asked for questions about Britain or the U.S., Dan Antion wrote, “The last night I was in London, I had some kind of gooey toffee desert (sticky something). I wrote my friend in Ipswich and said, ‘why did you send us the Beatles and keep this a secret?’ but he never replied. This makes me think there’s a law against describing that dish. If you choose not to write about this or toffee, I’ll understand (but it will confirm my suspicion).”

Never one to be scared off by sensible considerations or petty legalities, I’ll tell you everything I know on the subject. And more. Much, much more. 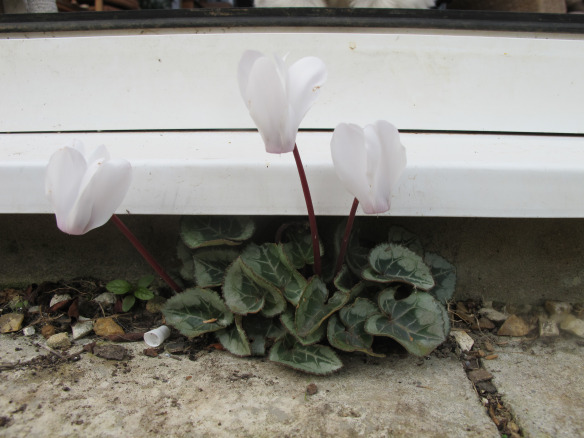 Irrelevant photo: a volunteer cyclamen that planted itself by the back door

It sounds to me like Dan stumbled into an underground club where sticky toffee pudding was being served on the sly. While he was on the pavement humming…

One thought on “Prohibition and sticky toffee desserts”

My Tweets
Under the Palm Fronds